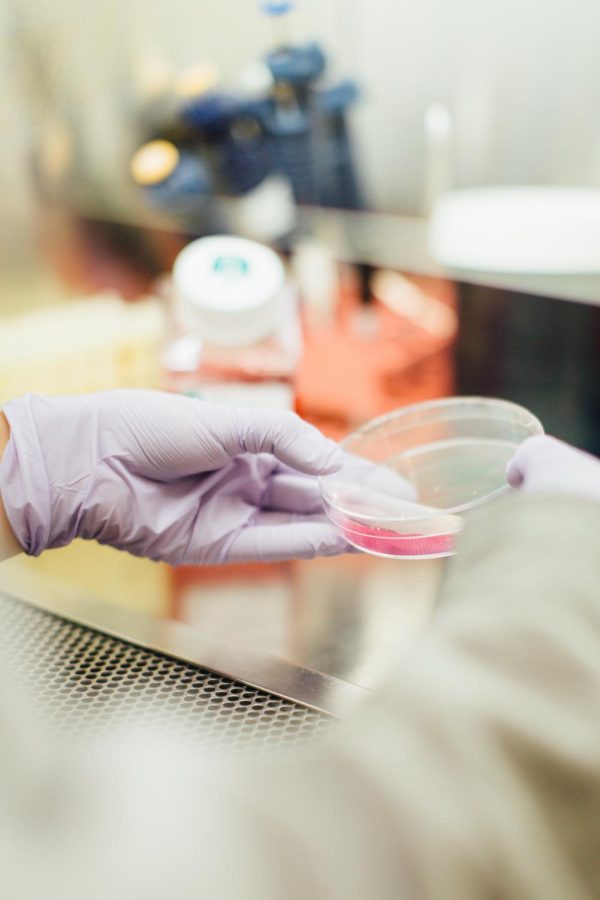 Researchers testing pathogens in a lab.

Just as the world was recovering from COVID-19, a new virus known as monkeypox has begun its outbreak in several non-endemic countries. Monkeypox is usually found within West and Central African countries but the infected people in other countries have not traveled to these areas where the virus is endemic in animals.

Monkeypox is known to be quite rare, but it has the potential to be quite dangerous. Its symptoms are related to smallpox, but it is not as deadly, with a mortality rate of around 4 percent, although there are different versions of it with rates up to 10 percent. It leaves people bedridden for 2 to 4 weeks at a time.

Its symptoms include fevers, sore muscles, swollen lymph nodes, headaches, and the distinct red, bumpy rash that spreads throughout your body, common to viruses within the smallpox family.

The vaccine that counters monkeypox is known as Jynneos. The main company that manufactures the vaccine, Bavarian Nordic, states that many countries have requested huge batches of their shots to prepare for future occurrences through the outbreak, as most countries, such as the U.S., have stockpiled it already.

The spread of this virus is a cause for concern because monkeypox is not usually very contagious. But with these recent cases, experts believe that monkeypox may have become more transmissible through a new variant. These cases are still being investigated and researched so that more information may be available in the future.

While we are still recovering from the COVID-19 pandemic environment, more consideration should be given to how serious of an effect existing pathogens (such as monkeypox and smallpox)  could have on the globe.