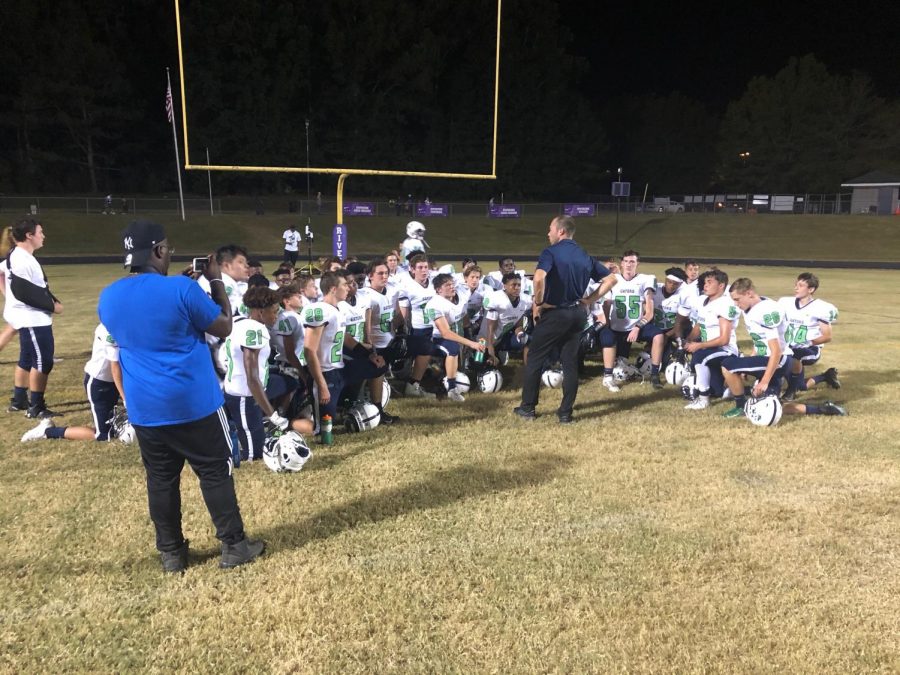 Green Level huddles after the win!

Green Level scored first, but Riverside stormed right down the field and took the lead 8-6. Green Level got another touchdown with a long run from Cameron Chatmon. After a turnover by the Green Level defense, Darius King got in the end zone 1 play later. It was Green Level’s night from there.  “We dominated after Riverside got their touchdown,” said Ivan Oo.

At halftime, the Gators were winning the game, 20-8. Early in the 3rd quarter Green Level picked up their own fumble and took it to the end zone to make it 27-8. Riverside came back on offense and scored to make it 27-14. The last touchdown of the game was scored by Cameron Chatmon, his 3rd of the night and a punt return touchdown. The Gators ultimately prevailed with a 34-14 win.

The Gators are now 3-1 overall and 1-0 in the conference. Green Level is back in action on 10/3 at home against Athens Drive High School.