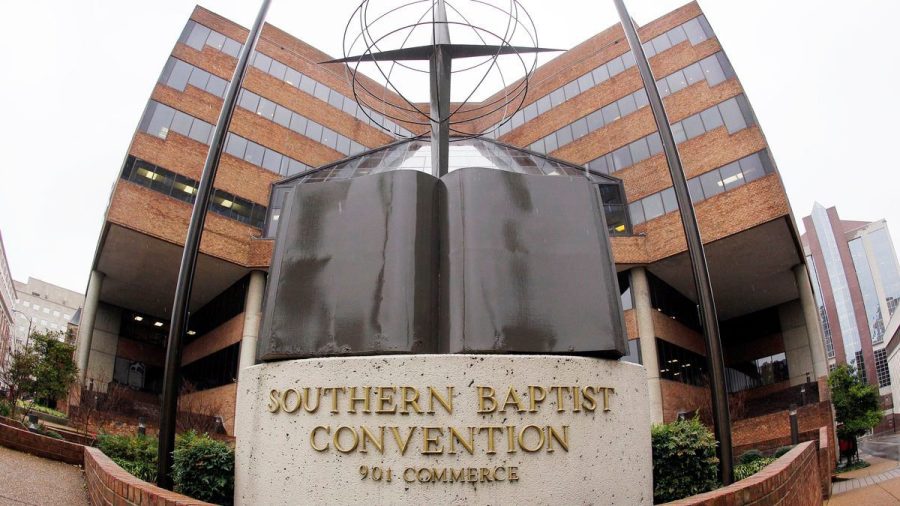 In the summer of 2010, a pastor and his wife at First Baptist Church in Georgia said they received an invite to vacation in Florida with Johnny Hunt, the 55-year-old elected national president of the Southern Baptist Convention.

Hunt helped the couple book a place in Panama City Beach in a unit directly beside his. The unnamed couple said in a 288-page blockbuster investigative report released on May 22, that when the pastor’s wife had arrived back to their place alone one day, she was greeted by Hunt and interacted with him for a little bit.

To escape the Florida heat but continue their conversation, she invited Hunt over into her Condo and they continued talking. However, at this point, Hunt began to become aggressive, and according to both her story and NBC News “he pulled down her shorts, made sexual remarks about her body, and then pinned her to the couch and pulled up her shirt. She said in the report that he groped her and sexually assaulted her with his hands and mouth.”

The pastor’s wife continued detailing her experience by saying how after Hunt had left her Condo he texted her to come out to the balcony to discuss what had happened and then proposed that they have sex three times a day instead of giving her a proper apology.

Hunt did not immediately release a comment about the allegations, but he later posted a statement on Twitter following the report’s release and denied all claims made against him while also mentioning he had not read the entire report yet.

In his tweet, he stated, “To put it bluntly: I vigorously deny the circumstances and characterizations set forth in the Guidepost report. I have never abused anybody.”

The denomination’s executive committee had contacted Guidepost Solutions, an independent consultant that conducts investigations for faith-centered organizations, to launch an inquiry on the topic of the allegations of sexual misconduct among clergy.

The report provided insight into the clergy’s sexual assault claims, a cover-up involving the higher-ups of the Southern Baptist Convention, and several reforms the church could implement to work towards reducing the number of sexual abuse within the church.

Many other prominent leaders of the Southern Baptist Convention and its followers have begun to call for change to create an environment that will ensure that the accused are not protected and the abused are not silenced.

J.D. Greear, a North Carolina pastor, and former Southern Baptist Convention president tweeted on May 22nd, “what was just published is heartbreaking, with some parts just horrifying. We have no choice but to learn from our past and change the future.” He continued by saying in another tweet that the Southern Baptist leaders needed to do better and that the Southern Baptists deserved better, “Our failures put survivors in a position where they were forced to fight for themselves when we should have been fighting for them.”

Ed Litton, the current Southern Baptist Convention President, also released a statement in which he said that there “are not adequate words to express my sorrow at the things revealed in this report,” and that the Southern Baptists “must resolve to change our culture and implement desperately needed reforms.”

The young couple who accused Hunt of misconduct was never named in the report, but according to Guidepost investigators, the couple reported that Hunt “gave an unusual amount of attention to Survivor” making remarks about her looks, often of sexual nature, and unnecessarily touched her. The investigators also mention how Hunt “groomed the couple with flattery and promises of help in ministry.”

Guidepost investigators also interviewed other witnesses and victims of Hunt. Another alleged victim states that at the time she believed that, even though she did not consent to what Dr. Hunt did to her, she was made to feel it was consensual because she did not fight back,” the report said.

When the investigators interviewed Hunt, he initially said he did not recall spending time with or inviting the young couple to Panama City Beach but later remembered that he saw the pastor’s wife on the balcony but they had no contact.

“He also restated that it was not true that he was on the balcony or in the condo,” read the report. “When asked specifically about whether he kissed her, pulled at her shorts, or fondled her, he said no. He denied sexualized comments about her appearance, panties, tan lines, or perfume.”

The report also mentioned other cases in which church leaders had been accused of concealing their wrongdoings. They included the example of John Langworthy, the music minister at Prestonwood Baptist Church in Dallas. Langworthy was “quietly fired” and moved to Mississippi where he later confessed to his congregation at Morrison Heights Baptist Church that he had “committed ‘sexual indiscretions’ with teenage boys during the time at Prestonwood and before when he was in Mississippi,” according to the report.

Langworthy pleaded guilty to five charges of gratification of lust-related incidents in Mississippi from 1980 to 1984 and was sentenced to a total of 50 years in 2013, but managed to avoid prison under a plea deal.

In a statement, Prestonwood Baptist Church denied Guidepost’s portrayal of the situation and stated that the church has “never protected or supported abusers, in 1989 or since.”

Throughout the report, there were many statements given by abuse victims at various Southern Baptist churches across the country who felt they were repeatedly silenced in their efforts to bring awareness to their situation.

A former executive at a Christian media publishing company, Jennifer Lyell, came forward publicly in 2019 about her sexual abuse, and in the report was described as having been a target of harassment by other fellow churchgoers. It was said that she was insulted many times having been called a “whore” and “bitter jealous woman.”

Lyell said that she was a student at Southern Baptist Theological Seminary when the abuse began. Albert Mohler, the seminary’s president, said in a statement that “From the beginning we were prepared and determined to assist the investigators in any way possible and to support their work. What happened to Jennifer was sexual abuse, unquestionably. The release of the report is the beginning and not the end of our challenge as a convention of churches.” The report continued as Mohler mentioned that, “the real test for Southern Baptists is in how we deal with these sins, now that they have been exposed and are in the light.”

On May 22, Lyell tweeted that there must be further accountability for all claims made against the church.

Tonight there are children, teens, and adults going to bed having been sexually exploited, abused, and assaulted in SBC churches that the @SBCExecComm heard about and did nothing to stop or serve. It will not stop being the case because this report is out. #SBCaccountability

According to the report, Lyell said, “There are plenty of reasons to stay silent in a situation such as this. But we must not be silent.”

On May 26, a 205-page list was released that detailed the cases of hundreds of people accused of abuse.

“It’s so heavy because as a survivor I always feel like I’m not just carrying my story, I’m carrying the story of all the survivors,” said Jules Woodson, a victim of sexual abuse by a former Southern Baptist Convention Leader.

Woodson continued by saying she hoped that speaking out about her experience would help make the church a safer place, “I’m very passionate about that and even though my faith has become kind of inward and personal since my abuse, it doesn’t diminish God’s love and God’s call for justice and accountability and truth to be brought to light like all of those things are so important and I feel like I carry that as a survivor and advocate for others.”

Many hope that this is one step closer to getting sexual abuse victims of the church the justice they deserve.