Despite Slowly Ebbing Mortgage Rates, House Prices Sit Out of Reach For Many Potential Homeowners 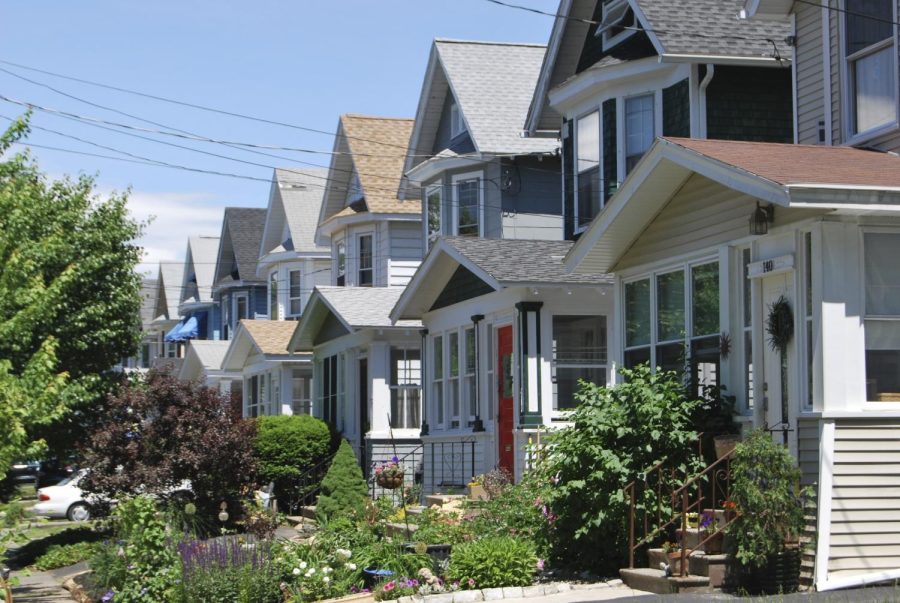 Housing difficulties persist despite an economic turn seemingly for the better. Image from Wikimedia Commons.

Despite recently fallen mortgage rates in the U.S., many homebuyers face difficulty in purchase decisions.

A mortgage describes an agreement between a homebuyer and lender, giving the homebuyer money to purchase or refinance a home – and if a homebuyer fails to repay the lender, then the lender has the right to take the property.

The 30-year fixed-rate mortgage hopped down to 5.09% from the 5.10% of the week before, according to Freddie Mac. However, numbers are still much higher than the 3% average from last year during this time of the year, which has had a “cooling effect” on the housing market.

“Mortgages are becoming more expensive as the Federal Reserve has begun to ratchet up interest rates,” says Craig Lazzara, managing director at S&P DJI. “Macroeconomic environment may not support extraordinary home price growth for much longer. Although one can safely predict that price gains will begin to decelerate, the timing of the deceleration is a more difficult call.”

Buyers who can still manage the risen mortgage costs are racing to lock down on rates, while current homeowners grip their low ones.

“The changes we’ve been seeing in a downward direction are very minimal,” says Jason Sharon, owner and mortgage broker at Home Loans Inc. “You’re talking about maybe a $1 month difference, so it’s not a big deal and may not sway buyers right now.”

This pattern can be seen in how the share of purchase applications has been falling for four consecutive weeks, around 13% lower than two weeks ago according to the Mortgage Bankers Association survey from the week ending with May 27th. The applications are 14% lower than the same week a year ago, and activity is at the lowest level its been since December of 2018.

Many attribute these numbers to how nowadays, homeowners with the same loan as others in the past and an average rate of 5.09% must pay nearly $2000 a month in principal and interest, which is around $400 more each month than rates from a year ago. Several individuals have identified the extra $400 as the line between whether to purchase a home or not.

“I’ve had hundreds of clients subsequently reduce their prequalification amount based on what’s happening with rates,” said Sharon. “They’ve fallen in love with a property in the $350,000 range and now have to reset their standards because they no longer can afford a monthly payment.”

Rising mortgage rates have not only discouraged new homebuyers from making their purchases, they have also delayed homeowners from putting their homes for sale as they choose to keep their current mortgage after having refinanced to historically low rates during the pandemic.

This has contributed to and continues to worsen an overall inventory crisis. According to Realtor.com, the inventory of homes for sales, while having grown by 8% over the last year, continues to be down an astonishing 48.5% compared to May 2020.

“I had a friend that was prequalified and got into contract and once they realized how much the interest rate was going to be, they backed out of the contract,” said Sharon. “They actually gave up their earnest money to stay in their house because the cost of moving up was so significant, they decided it wasn’t worth it.”

However, even though prices continue to climb, many say that the fewer bidding wars and more available homes than this time last year are evidence of a stabilizing market. According to Hannah Jones, economic data analyst at Realtor.com, “The Federal Reserve’s monetary tightening is having the intended effect of cooling housing demand, allowing the market to begin normalizing.”