Trash In The Swamp 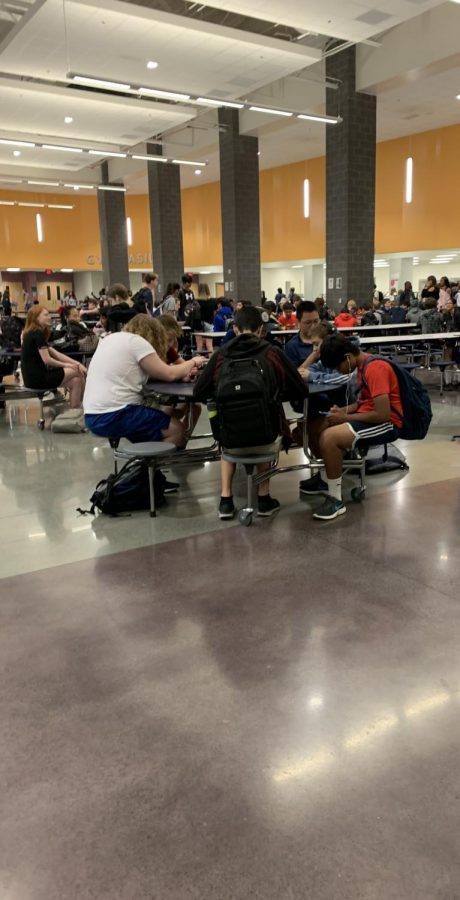 Gators sitting in the cafeteria enjoying their lunch.

On Wednesday, September 25th, Principal Summers made her second announcement this year about the trash left behind during lunch. During this announcement, she said that she would meet with the administration and discuss ways to resolve the issue. Some consequences that could happen are having a shorter lunch, only being able to eat in certain areas such as the cafeteria, and having more teachers monitoring lunch. The students The Gator’s Eye spoke with were not in favor of any of the potential changes.

A change that has already been made is that during lunch students can’t eat in the Media Center. Every day during lunch, the Media Center is nearly at its full capacity of 205 people in it. That’s around a fourth of the student body at Green Level! I talked to Ms. Reeves, a librarian, and she said that since the Media Center is very large, having only two people monitoring it with so many students is hard. She also said that lunch is a time for students to eat, recharge and get things done. She added that while these things are important, students need to be safe and responsible during lunch so that we can keep our school safe and clean.

During some classes, teachers discussed alternative ways to help with the trash situation. Leadership in Media discussed some ideas including getting more trash cans and having clubs volunteer for cleaning up at lunch. Those ideas were submitted to the student councils. From there, they will go to the administration for review. If the administration approves the changes, they will be implemented.

The Gator’s Eye recently published an Editorial on this issue as well. You can check out Student Life Section Editor Addy Rudolph’s piece on our Opinion page.