Have Scientists Found a Way To Cure HIV? 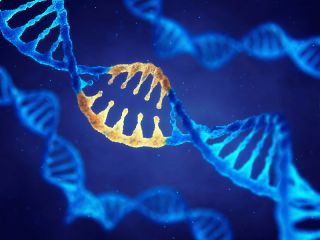 HIV, an infection that has made itself known throughout history for being notoriously incurable, has finally started surrendering. Many HIV breakthroughs have recently happened-Antiviral drugs, Antiviral therapy, and CRISPR-but one of them stands out the most in terms of progress.

Before we jump into why the CRISPR tool was such a significant breakthrough, we need to understand what type of illness we are fighting against.

So what is HIV? According to Doctors, HIV is a virus that breaks down vital cells in your immune system, rendering your immune system vulnerable. Those that have HIV are at an increased risk of contracting other diseases and infections. If someone affected by HIV gets another illness they are also at an increased risk of not being able to fight it off. HIV is transmitted through bodily fluids and (as of right now) is incurable.

Since HIV was discovered, scientists have used experimental treatments in hopes of finding some data that they could potentially build off of. According to the Scientists that published the New England Journal of Medicine, these treatments have advanced the HIV cure cause but none of them have shown promise like the CRISPR tool.

The story started in 2016 when a 27-year-old Chinese man tested positive with HIV. Little did he know that he would give hope to the medical society for one of the largest incurable viruses in the world.

The patient was also later diagnosed with acute lymphoblastic leukemia and was offered an extra experimental treatment by doctors. This treatment included a bone marrow transplant for leukemia and the CRISPR tool for HIV.

The doctors wanted to delete a gene, CCR5, from the bone marrow stem cells and insert them into the patient’s genes. The CCR5 gene is practically immune to the HIV virus because it is defective so the virus cannot bind to it.

Two people have already been cured of the disease using these experimental bone marrow treatments.

The patient diagnosed in 2016 with HIV and acute lymphoblastic leukemia agreed to this treatment. In the summer of 2017, the CRISPR tool was used on him. In early 2019, doctors reported that the cancer and HIV were regressing.

Unfortunately, the treatment only covered about 5 to 8 percent of the patient’s body. Instead of seeing this as a setback, the doctors see this as an opportunity to expand their research.

Doctors are getting closer and closer to the cure and the possibilities are endless. One day, scientists will have found the cure for HIV, AIDS, Cancer, and other serious chronic diseases.