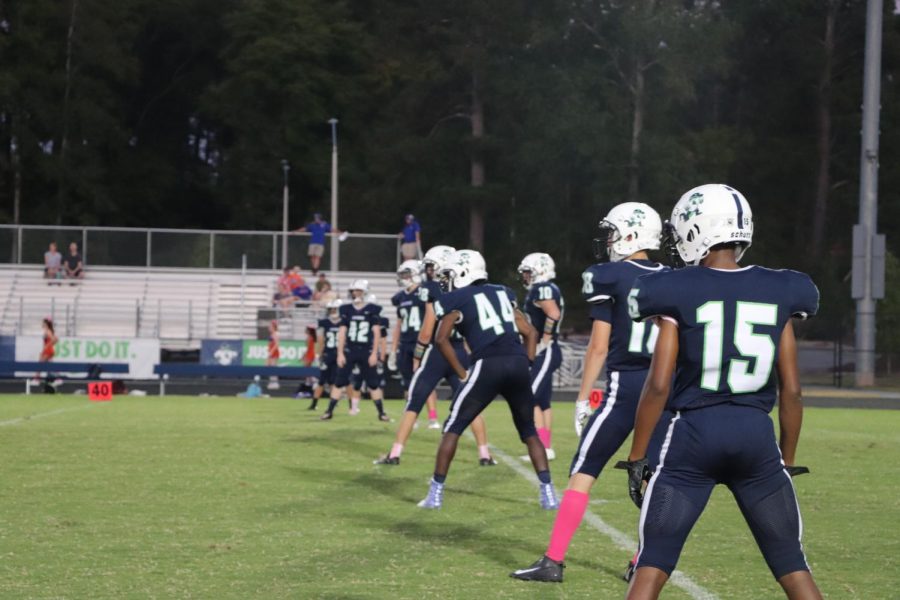 The Gators played an amazing JV football game last night, ending with the Gators besting Athens drive, 40-22. Players and fans were overjoyed with the win and Mr. Fegeley, our Athletic Director, even turned on the sprinklers overhead after the game for a little cool down! The theme of this game was “Pink Out” which was made to spread awareness of Breast Cancer, a disease that affects many women in their lifetime.

With their determination and resolve, our Gators showed the pinked out Student Section that anything is possible! The Gators were up at the half by almost 30 points, and cheers from the student section and the parents, saw them through to the end. The Gators were led by Cody Cross with three touchdowns. The defense played tough all night and Jackson Rukamp the leading tackler. After the game, players celebrated the win with lots of smiles, hugs, and shouts.

Breast Cancer affects many women, sometimes tragically, that’s why the Gators decided to spread awareness this week! Doctors are not sure on how the type of cancer starts, but they believe that it has to do with cells growing abnormally. Some early signs of this Cancer includes:

Luckily, 89% survive this Cancer, but sadly, some do not. For all touched by this disease, The Gators Eye shares our best wishes.  Be safe Gators.