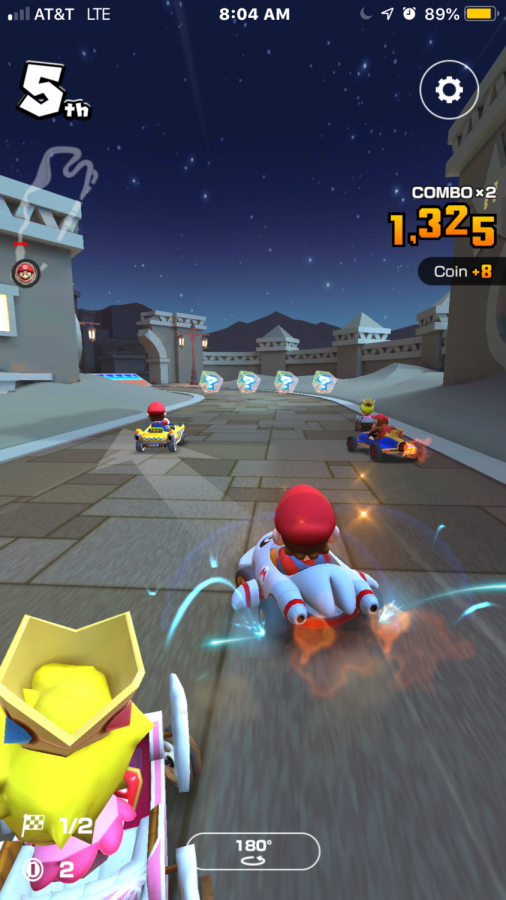 Mario Kart Tour was recently released and it has been one of the most popular games of 2019.  According to Digital Trends, it has been shattering records such as passing 10 million downloads in its first day and reaching 90 million downloads in its first week. Mario Kart Tour has been anticipated because of its popularity as a Nintendo Game. With the previous versions being extremely popular amongst its fans on the Wii, Wii U and The Nintendo Switch, the app has been a bestseller on IOS and Android.

The game’s biggest difference from its predecessors is “the pipe” where players can spend gems to get new gliders and karts to advance their levels in the game. The idea of the game being so mobile was also a large contributor to its success because on other platforms you would always have to be on a console with a TV. Since Nintendo is such a popular company with many other famous games it is no surprise that Mario Kart Tour will go down in history as one of the most popular games in the company’s history.

But with a great game comes addiction and some students in Green Level can’t put it down in class. Teachers at Green Level High School are already fed up with the game, saying that it is very frustrating for students to sit in their class and do nothing but play Mario Kart. Mrs. Hill said, “I want students to enjoy life and not have their heads stuck in screens playing that dumb game all the time.” Students also think that some of their peers play the game too much, as one student told me, “Some kids play the game all (through) class.” Although students do enjoy it and think playing the game has enhanced their fun on phones, others think that playing the game has gotten in the way of their academic life.