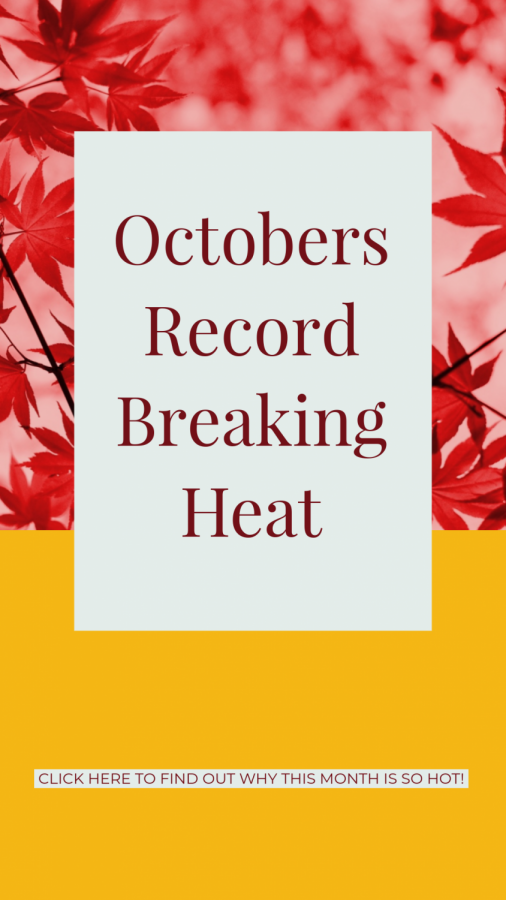 Do you feel as though this October has been way too hot? That’s because it has. According to CNN, multiple cities including Charlotte, North Carolina, creeped up into high 90’s almost approaching triple digits. This is the hottest recorded month of October in history, and it’s threatening our environment. Europe got hit with a similar heat wave, and felt like the Sahara Desert; the world’s second largest ice sheet was nearly destroyed.

The real record breaking heat was on Wednesday, October 2, closing multiple schools around our country. The temperature in Cary, North Carolina reached a high of 96 degrees, followed by a high of 97 on Thursday. Is it climate change? We asked some of our own students what they believed.

Nicolas Pucci, Sophomore, said “I think its climate change, yeah.” Adding that as a soccer player, he’s definitely noticed the heat. That’s the main way the weather has affected him so far, and that’s a common answer with many students.

Daphne Myers, Freshman, also agreed that it was hot, and related her experience back to lacrosse. She explained to us, “ it’s hot outside when I play lacrosse, and I get tired easily.” She then agreed with me when I asked her about longer water breaks.

Christina, a Sophmore, says she also agrees the cause of the record-breaking heat is climate change, but stated that “Besides I have to dress differently, not much [has changed].”

We all have to adapt to the heat, whether you recognize it or not. You drink more water, take longer breaks, wear shorter sleeves. And while our student body may not be seeing widespread effects yet, they do seem to agree that we are all responsible for these changes.