Can We Live On Other Planets? 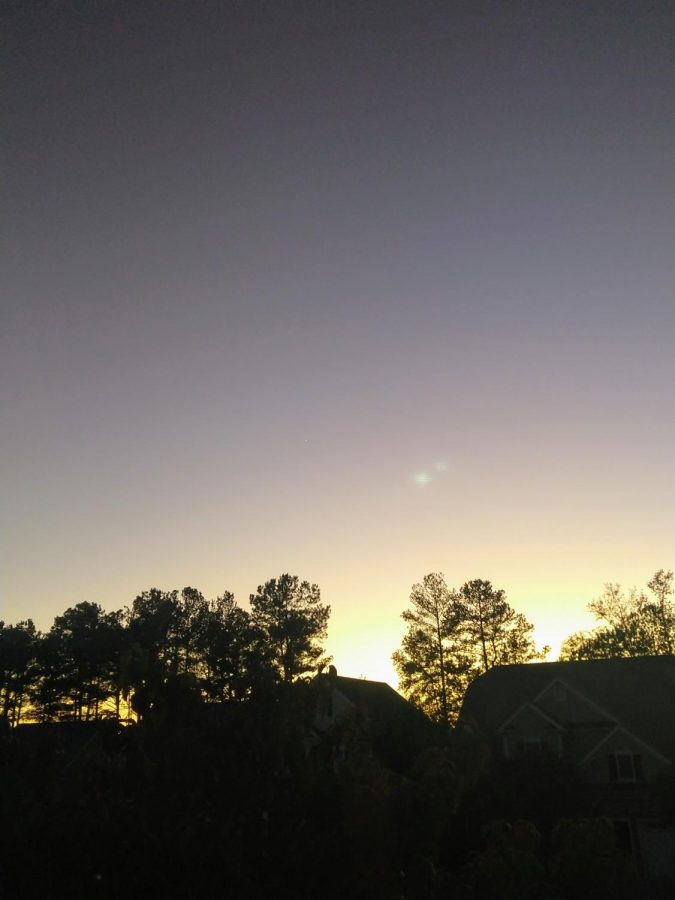 Ever since the first humans evolved, there was always a sense that we were meant to explore. After years of advancements in technology, agriculture, medicine, and more, we now look to other planets to satisfy our need for exploration.

Lately, there has been a lot of money and work put into the space program in order to explore to other planets; for example, SpaceX has been spending a lot of money to get people to Mars, and NASA has been exploring Mars and Jupiter. This is most likely a sign that another space race will be starting soon, and The Gator’s Eye is planning some coverage on that topic next week. A popular myth is that once the Earth is no longer a habitable place for us to live on because of things such as global warming, humans would either just cease to exist over time, or live on another planet. I suggest that the former is the only real possibility.

Some have calculated that exoplanets, which are planets outside our solar system, might have the conditions to let us live there. According to astrobiology.nasa.gov, the requirements for life on other planets are “…proper chemicals, a consistent source of energy, and water.” However, even though going to exoplanets after the Earth becomes uninhabitable might sound like a good idea, the time it would take to get to the nearest exoplanet is a few dozen light years. According to Michael Mayor (a co-recipient of the Nobel Prize for Physics) and livescience.com, “If we are talking about exoplanets, things should be clear: we will not migrate there.” Since the time Mayors won the prize, over 4,000 more planets have been found in the Milky Way, but none of them can be reached feasibly.

“But what about Mars and the planets in our solar system?” you might be asking. Mars has been looked upon by the public as a sort of “safe haven” for us to go if in case our planet and species is in danger. According to astronomy.com, “The atmosphere of Mars is mostly carbon dioxide, the surface of the planet is too cold to sustain human life, and the planet’s gravity is a mere 38% of Earth’s. Plus, the atmosphere on Mars is equivalent to about 1% of the Earth’s atmosphere at sea level.” This would mean that to live on Mars, we would first have to start by figuring out a way to land humans safely on Mars. NASA is already on top of this one, because they have already landed multiple rovers on Mars to analyze the atmosphere and landscape. The next step, though, would be much more tricky.

Ever since the International Space Station (ISS) launched, researchers have learned a lot about what is needed in order for a deep space habitat to work. They will absolutely need a source of power, which in this case, would most likely be solar power, or if they get really desperate, nuclear power. Another requirement would be life support systems, and a way to prevent our muscles from disappearing due to the decreased gravity. Another hurdle we would run into trying to colonize the red planet is food and medicine. Luckily, according to Noel, who worked alongside his colleagues to publish their research, “Theoretically, you could use [a] device to make drug compounds with solar energy anywhere you want,” the device he is referring to is this artificial leaf made from silicone rubber that can make drug compounds from just diffused light, which means it can work even if there are cloudy skies. These leaves can even be hooked up together to form some kind of tree, which can increase production exponentially. The cost of these leaves are very cheap so it would be an easy way of manufacturing medicine on Mars.

But even after all of that work and research, there is still a big problem. Radiation. Since Mars’ atmosphere is very thin compared to Earth’s, the ozone layer will also be thinner than Earth’s, which means radiation will be much more on Mars. This is a problem because whenever we step outside of our habitats on Mars, we will be exposing ourselves to this radiation, and putting ourselves in the risk of getting cancer. There have also been some very questionable ideas for surviving on Mars, from nuking the planet into habitability to creating a magnetic shield around it to encourage it to “grow” its own atmosphere. There are many more problems I could mention, but I am pretty sure the biggest hurdle is time–any feasible solution based on scientific advancements will require it, and it’s possible our planet will be uninhabitable before we can finish our research.

Outer space has captured the imagination and attention of humans for decades. The possibility of not being alone in our dark universe is one that inspires many to go out there and look for life outside of our planet. Only time will tell if humans can survive in outer space, but without the technology needed to sustain ourselves on different planets, the current answer is no.