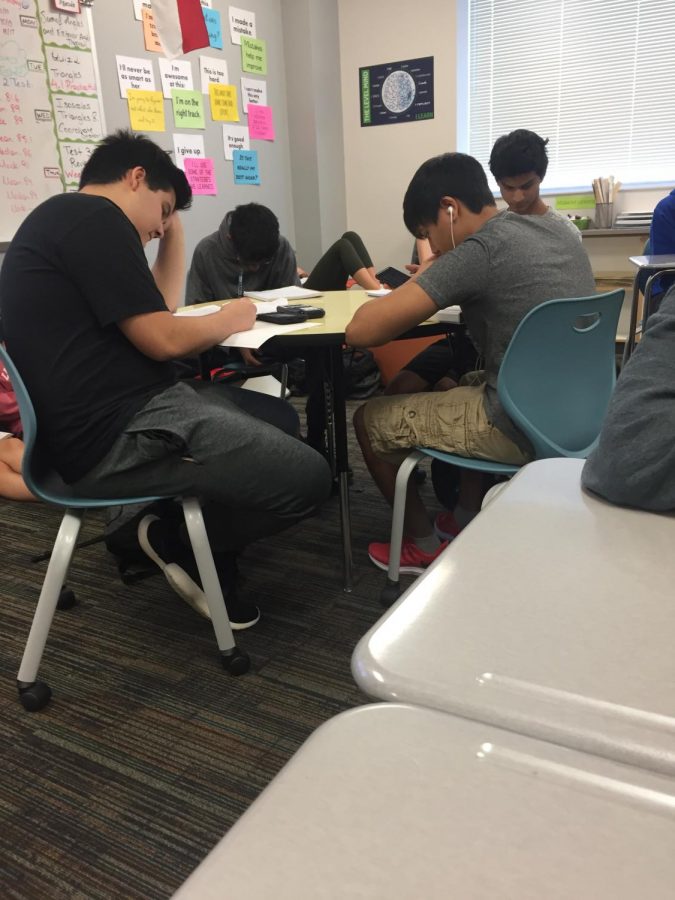 Gators do work during their Gator Time class period.

Gator Time is a time on Tuesdays and Thursdays where Gators can interact with other students and their assigned Advisory teacher. Tuesdays are for Advisory, and Thursdays are for Connectivity, during which many Green Level students attend club meetings, go to a study hall, or participate in a special activity. The interactions we have during Gator Time can help students learn something new and get help when they need it. But some kids want Gator Time to be exclusively for completing homework. And some other students want clubs to be after school, so they get more time to interact with their favorite club rather than just 40 minutes once or twice a month. Another common complaint is that certain clubs are not available for students because there are not enough teachers to run them.

To see this from a student’s point of view, I interviewed Kalyan Devireddy, Tucker Willenborg, and Lucas Adam who are all Freshmen at Green Level High School. Devireddy said that, “Gator time should be a time for students to socialize and do homework,” adding that “Clubs should be after school so we can have more time to spend in the club.” Willenborg suggested that “The primary issue with the club schedule is that there are too many conflicts between the different clubs and in some cases, someone wants to go to science club and he also wants to go to math club and they really can’t do that. The issue now is that at the beginning of the year, people can’t go to clubs, you would go for 1 or 2 tryouts/interest meetings for clubs and now if they want to go to 2 clubs that meet on the same Connectivity Thursday, they can’t.” Adam said that although he thinks the current “club schedule is good,” he’d like to also have club meetings “outside of Connectivity periods.”

At times it does seem that in order to keep everyone engaged, the teachers have to force students to participate in activities. Some students just want a free period at least once a week … but we should also recognize that there are plenty of reasons why teachers and administrators can’t just allow all of us to go wherever and do what ever we want for 40 minutes without supervision.

All things considered, I think Gator Time and the club schedule are in a pretty good spot, but there is room for improvement. For example, maybe we can bring more staff to run more clubs. Maybe we could let students run clubs…? Let’s talk more about the options!