Holidays Around the World: The Diwali Experience 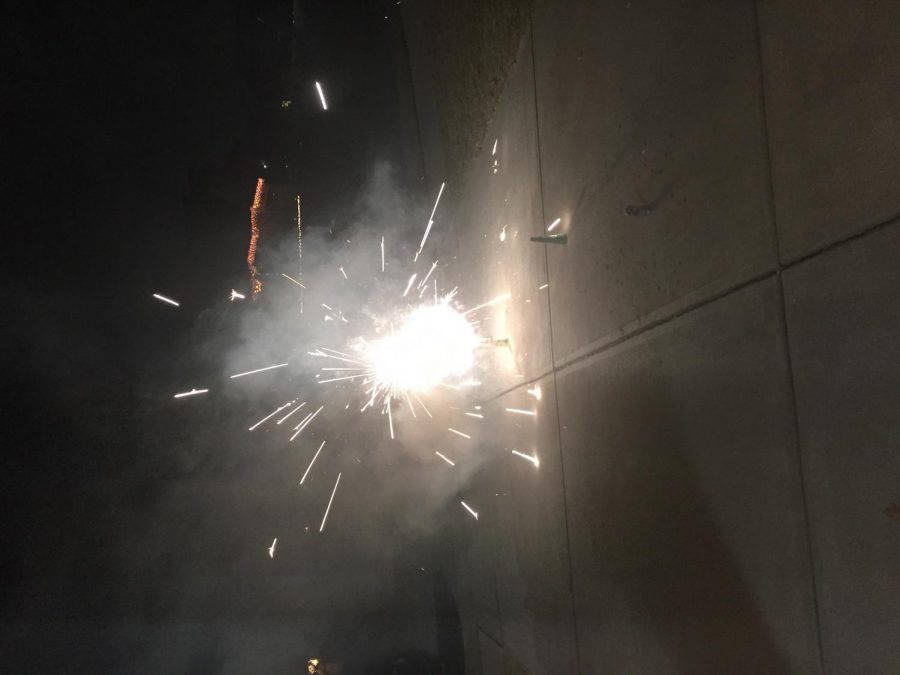 Many people celebrate Diwali with sparklers and such!

Over 1.1 billion people celebrate Diwali. In India, Diwali is almost ubiquitous, and many people celebrate this tradition. Everyone does firecrackers and sets up lights around their house. This happens to show peace and happiness during the festival. However, even though most people in India celebrate Diwali, there are two sides to this holiday: north and south. The different geographic regions tend to focus on different beliefs within the celebration.

In northern India, the festival is called Diwali. For Northern Indians, the legend begins with Lord Rama being sent to exile for fourteen years, during which the evil Ravana, a demon king, abducts his wife, the chaste Sita. Lord Rama, along with his brother Laxman and beloved devotee Lord Hanuman, fought the legendary battle against Ravana and rescued Sita. In commemoration of this day, many rituals are performed with lights for gods and goddesses. After prayers are done, the exchange of gifts and sweets takes place between relatives, neighbors, and friends, and together, they burst firecrackers. North India celebrates with many different activities such as Diwali Govardhan Puja–a feast to show gratitude.

In south India, the festival of lights in called Deepavali. In Sanskrit, Deepavali means lines of lamps. In south India, Deepavali lasts for four days, where each day has a different meaning and different tasks to complete. The first day of Deepavali is Naraka Chaturdashi. On Naraka Chaturdashi, people bathe early in the morning before sunrise to symbolize the victory of god Krishna against the demon Naraka. The second day of Deepavali is Lakshmi Puja, and people do the Puja to bring wealth, peace, and prosperity to their house. Women in the family usually conduct Lakshmi Puja. The third day of Deepavali is Kartika Shudda Padwa; this day is there to honor the god Vishnu, who defeated the demon king Bali. To honor this heroic act, people go into fasting for a week, and this one week is called Kartika. The fourth and final day of Deepavali is Yama Dvithya. On this day, Lord Yama ate his sister because the symbol that his sister put on him was disturbing him. So to maintain peace between brothers and sisters, sisters pray to god for their brother’s welfare, and sisters get gifts in return.

Many Green Level students celebrate Diwali with their friends and families. Om Patel, a Freshman, says that last Sunday he “…did firecrackers… and puja (prayers).” Many people enjoy this holiday, and it is one that can bring families, friends, and relatives together.