The Gators Fight Hard Against The Catamounts 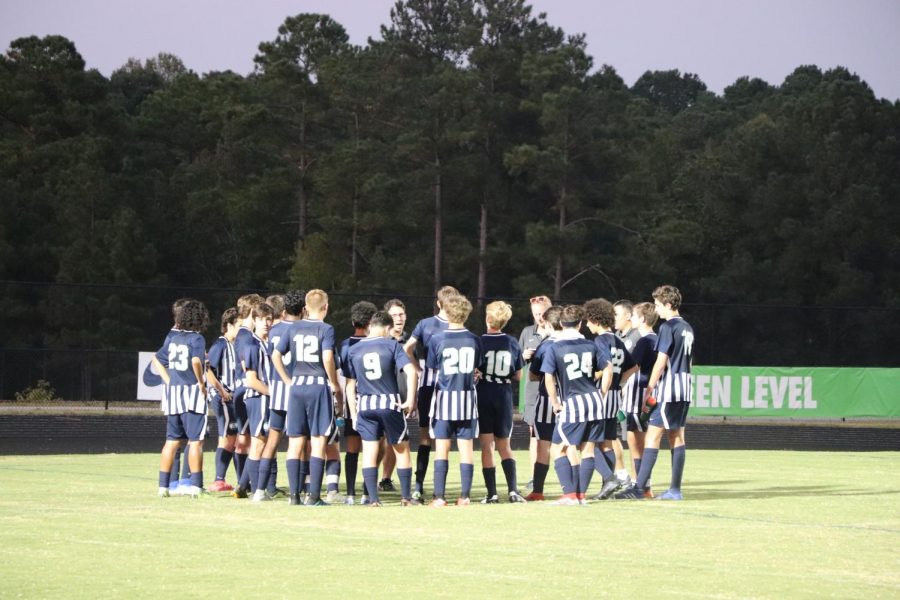 On Monday, October 28, the Varsity Men’s Soccer team played a very strong team, Panther Creek. This was the 1st time Panther Creek has come to Gator Stadium to play the Gators. It was an entertaining game, but the Gators fell to Panther Creek 3-1.

Panther Creek scored first in the first half, giving them the slight advantage of 1-0. It was 1-0 at halftime and Panther Creek scored once again to make it 2-0 in the middle of the 2nd half. With about five minutes left in the second half, Green Level stormed down the field to score. The goal was scored by Max Silverstein on an assist by Jesse Alvarado to cut the deficit to half. Unfortunately the Catamounts scored to extend their lead to 3-1 with about two minutes left in the game and the Gators couldn’t make a comeback and find an equalizer.

We caught up with Alexander Davidow to ask him about the game.  Davidow said that the team had “played a new formation which impacted the game and the score,” adding that “Panther Creek has a very strong defense and individual talents that were very good.”

The Gators finished their inaugural season on Wednesday, October 30 against Hillside at Gator Stadium.