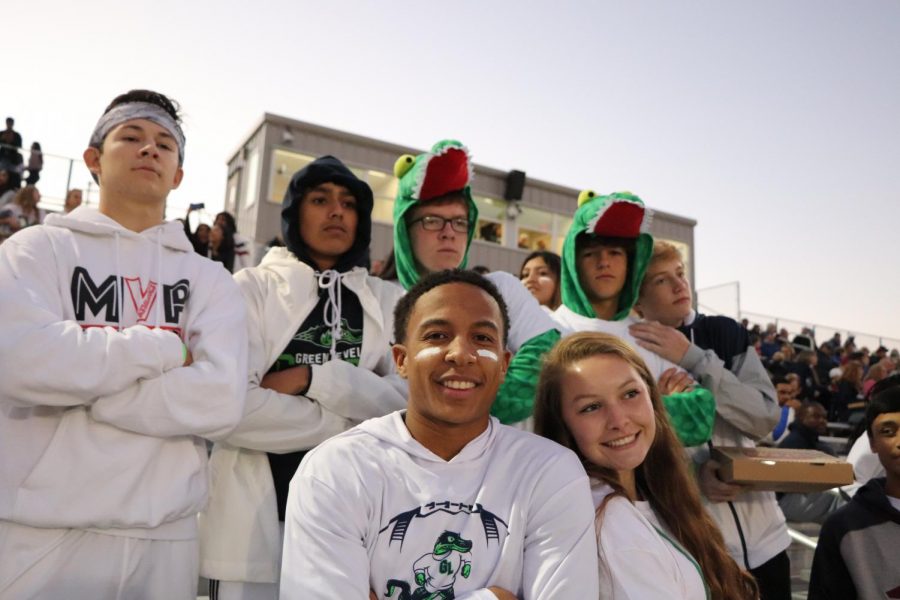 To close out GatorFest, our Green Level JV Football team faced off against the Panther Creek Catamounts. The game was off to a tense start when after the first quarter, neither team had scored. In the second quarter, the Catamounts were the first to put points on the board, but the Gators were unfazed. Later in the quarter, the Gators got their first touchdown. Now, the game was tied. With the game all tied up, the sidelines and crowds buzzed with anticipation. Who would push for the lead? With superior coaching and players, the Gators came out on top. We asked Sophomore player Cody Cross how he felt about the game in one word, and he told us, in five words, “I feel like a Spartan.”

The game was broken up by a fantastic performance by the Green Level Marching Band and Colorguard and the Green Level Dance Team. We asked Sebastian Vargas how he would describe the band performance in one word, he told us he would describe it as “exciting.” The band was led by Sophomore drum major Emily Gelfand and Colorguard captain Meaghan Rees. They put on an incredible performance with great music and visuals. Dance captain Katie Tucker led her dance team through an impressive and energetic dance routine during halftime. They danced to a mix of pop songs to give a performance that sophomore dancer Gwendolyn Morse could only describe as, “sassy.”

The Green Level Football team faces off against the undefeated Hillside Hornets on Thursday to see which team will be number one in the conference. Come out in your camo gear to support your Green Level Gators!