Will the World End in 12 Years? 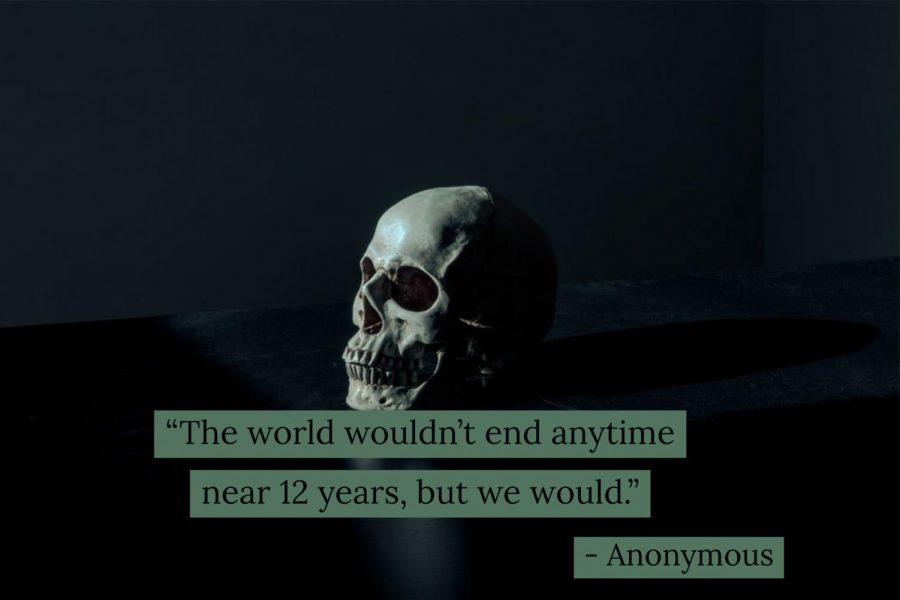 A lot of people have been scared into believing that the world will be ending in 12 years if no action is taken about global warming. This may be false but true at the same time.

According to The New York Times, “The world won’t end in 2030 if emissions don’t decline. The NASA climate scientist Kate Marvel summed it up perfectly: ‘Climate change isn’t a cliff we fall off, but a slope we slide down.’” This is also one of the main reasons why climate change is such a big problem; there’s simply no stop sign or ultimate answer to end climate change to the point where our problem will be “solved.” Climate change will plague the world for centuries and be a problem for many generations after ours.

If we do nothing, rising temperatures will make hurricanes and other natural disasters even stronger, potentially bringing about an end to humanity as we know it. Perhaps this is what people mean with their claim that “The world will be ending in 12 years”–but even if all human life ceased to exist, our planet would still be alive for many more centuries.

There is, however, a simple equation to our climate change: the less emissions we have, the more hospitable our climate is. There are helpful steps that we could take, such as a carbon tax and using more power generators that rely on renewable energy.

In conclusion, the world ending in 12 years is not entirely true. But climate change could create a world so inhospitable that the only thing to matter would be survival. That doesn’t sound like much of a world to live in.