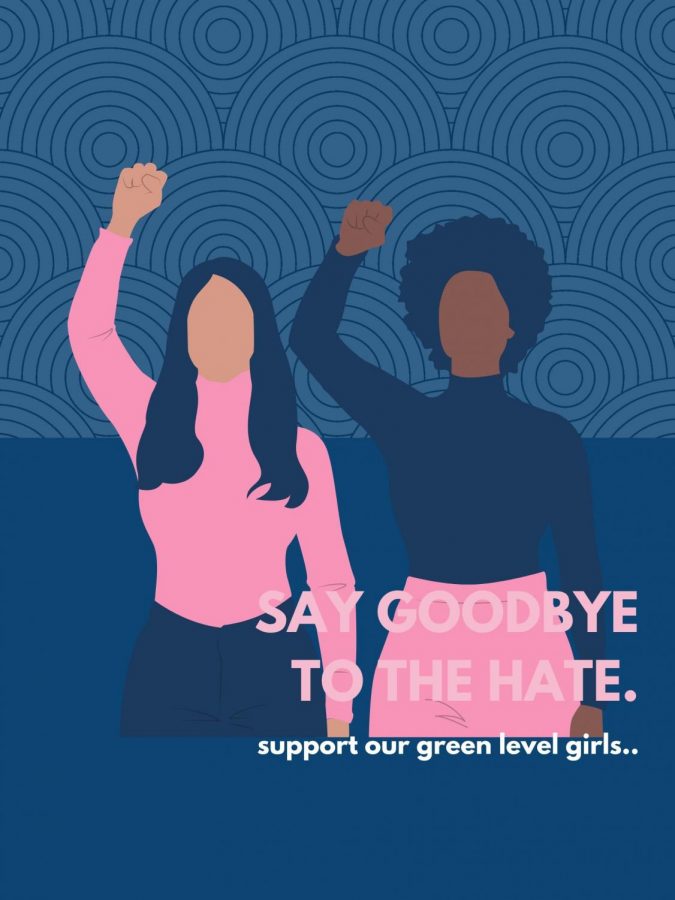 As mentioned in Aida Guo’s recent opinion piece, there are a number of unfortunate societal stigmas related to basic female anatomy and biology. I applaud Aida’s argument against period stigma, and I’d like to talk about another problem: bra stigma. When I say “bra stigma,” I’m referring to the fact that people with breasts are expected to wear bras, but are frowned upon when any portion of those bras are visible. Let’s say you’re still confused, here is a basic scenario: It’s Halloween! I got candy from going house to house, but when I show people, they just laugh and mock me. That doesn’t sound right does it? Maybe it’s just as silly to expect women to wear bras but freak out when they’re visible.

Every woman–no matter her size–is expected to wear a bra. Why do we also hold it against them? I asked some Green Level students a basic question: “How do you feel about wearing a bra, only to get mocked for it?”

Elise Hill told me that, “I don’t care, they serve a purpose. No one needs to see my high beams.” But she also added that “I think bras serve a purpose and no one should be mocked, teased, or even questioned for wearing something that is standardized for society.”

Shamiya Rahmathulla says that “When people point out that they can see my bra, it’s kind of annoying that they care so much. It’s not a big deal.”

Maren Molinaro says that “I don’t really care how people feel about my bra. People should realize that the main reason most women wear bras is out of social conformity–not an actual need. Men often don’t understand why women wear bras–so why should they be the ones to comment on them? It doesn’t make any sense.” Molinaro wants everyone to feel comfortable in their own bodies, meaning that no one should be commenting on what anyone else wears or how they look.

I have high hopes that Green Level students will show more respect for each other. Change is a natural part of being human–we don’t have to make it more difficult than it has to be.