Art Around The World: A Gator’s Guide to Global Art Installations 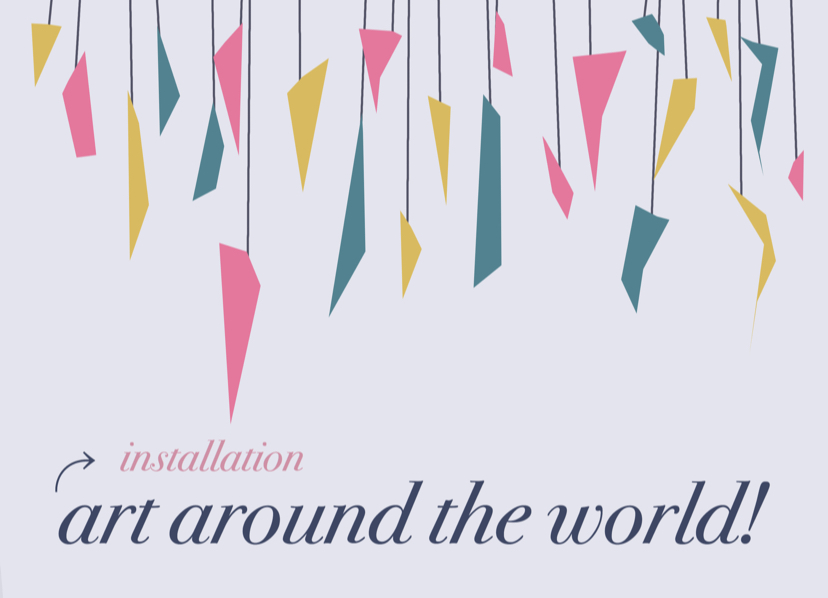 Welcome back to another week of “Art Around the World”! This week, we’re discussing installation art. Installation art is 3D artwork that can be moved. It sounds simple, but it’s unique and creative–you can read more about the art form here. In this week’s guide to beauty on our planet, imagine yourself living in a painting, look up at the Darts to Heaven, and learn about a particularly unique heist.

Have you ever seen a piece of art so beautiful that you wish you could jump into it? Or dreamed about spending the night in a beautiful museum? Now you can! The Virginia Museum of Fine Art has a new installation that lets you “sleep in a painting.” Guests can sign up to spend the night in a room decorated to look like Edward Hopper’s Western Motel painting, entirely identical except for the lack of the woman sitting on the bed. Thanks to a beautiful set up and glass screen between the inside and outside gallery, the person spending the night will become part of the painting! The room is the main attraction in a whole exhibit of beautiful artwork by Hopper, an American artist who painted all the stops of traveling Americans during the 1910’s. If you happen to be visiting Richmond over break, be sure to check out the installation, and even if you’re having a nice time at home, read up about Hopper’s work.

Closer to home, Green Level’s recently acquired its own share of installation art. Gator art students have created a mini-movement almost overnight with the Darts to Heaven project. The artists, or D’artists, have been making colorful paper darts out of sticky notes and sending them flying upwards and into the art room ceiling. Before you could say “installation,” something that was birthed from boredom was well on its way to becoming beautiful. Now, students are encouraged to create the simple darts and send them up at the start of their periods or whenever boredom strikes during their work–as long as they only do it in their art class. Mr. Mapp does not want his students or anyone else driving teachers insane with the paper darts. He encourages all of those making them outside of class to pop in and throw them up in his room instead, out of respect to their teachers and school. (There’s also the matter of the “bebe’s” around the building, but that’s a story for another day.)

Let’s jump to a slightly more stinky topic. In September, a golden toilet was stolen from Blenheim Palace, in England. The toilet, part of an art exhibit called America, has not been found yet. Police have been searching for this foul thief, but six arrests later they still haven’t found the offender. The locals have no end of theories for the crime, including the idea that it was stashed on palace grounds, that it was liquified and sold for billions, that it was moved out of Britain, or even that the toilet was never stolen and it’s only a popularity stunt. Whatever the truth is, its created quite a stench in the area.

That’s it for this week. Have a great break, Gators, and join us in December for more “Art Around the World!”