“It’s Almost Like We Didn’t Exist:” JVB Volleyball on Lack of Recognition 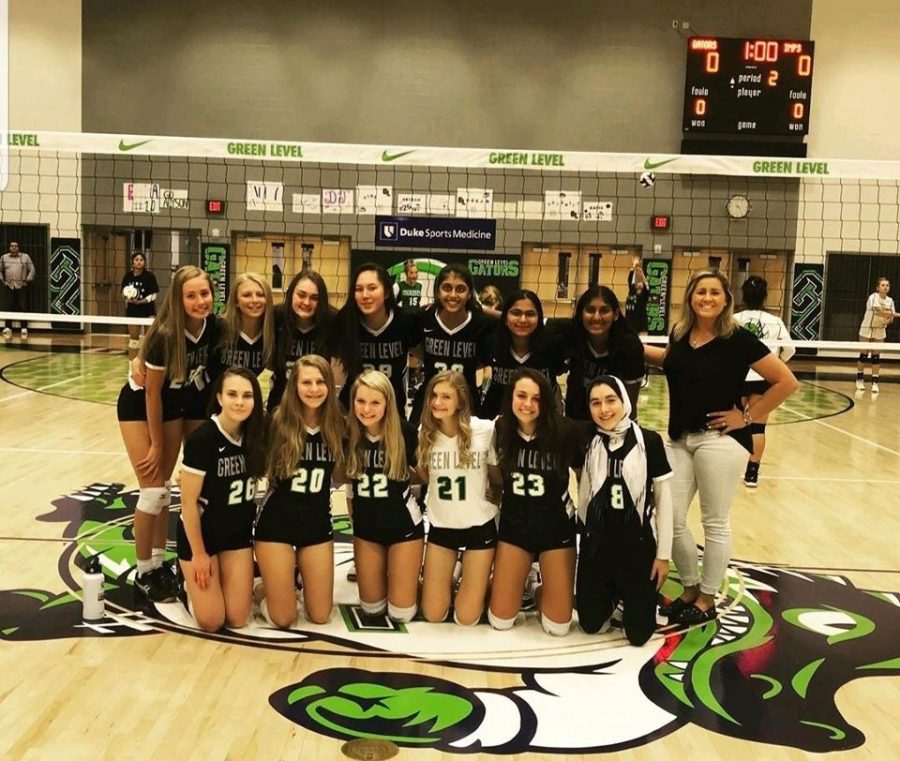 The sweetness of cake and hot chocolate wafted through the air, the disco lights were turning, and the “Cha Cha Slide” led students to their feet. The fall sports celebration was on! Yet many members of the JVB Volleyball team said they felt disrespected, sad, and disappointed.
What Happened?
On the night of the fall sports celebration, once the awards had ended and the dancing had started, free and colored fall sports yearbooks were handed out to all fall athletes. Many athletes appeared excited by the appearances they made throughout the program. Beautiful action pictures were displayed across different layouts of pictures of all teams from football to gymnastics filled the pages – except for the JVB Volleyball, a team whose appearance on the yearbook seemed only to be in the form of a list of names.
How did this happen?
Mr. Fegeley, the Green Level High School Athletic Director, says, “Of course it was not intentional,” explaining that the way it worked was that, since Green Level does not have professional photographers, emails were sent out to the parents of the sports teams and no parent from the JVB volleyball team sent a picture. Mr. Fegeley is not personally involved in the creation of the fall sports yearbook, but noted that the athletics booster club worked extremely hard on it.
How did the team members feel?
“It was kind of disappointing and made me feel sad. Even though we didn’t win as many games [as JVA and Varsity Volleyball], we still worked super hard and tried our best every time. Not having our pictures in that book made me feel like I wasn’t really part of the team and that we didn’t matter as much. They didn’t include our numbers either which also made me feel bad,” a member of JVB told me, with teammates nodding along.

Mr. Fegeley says the athletic department will do its best to ensure that no team is left off of future programs.