Hey, November — Why So Cold? 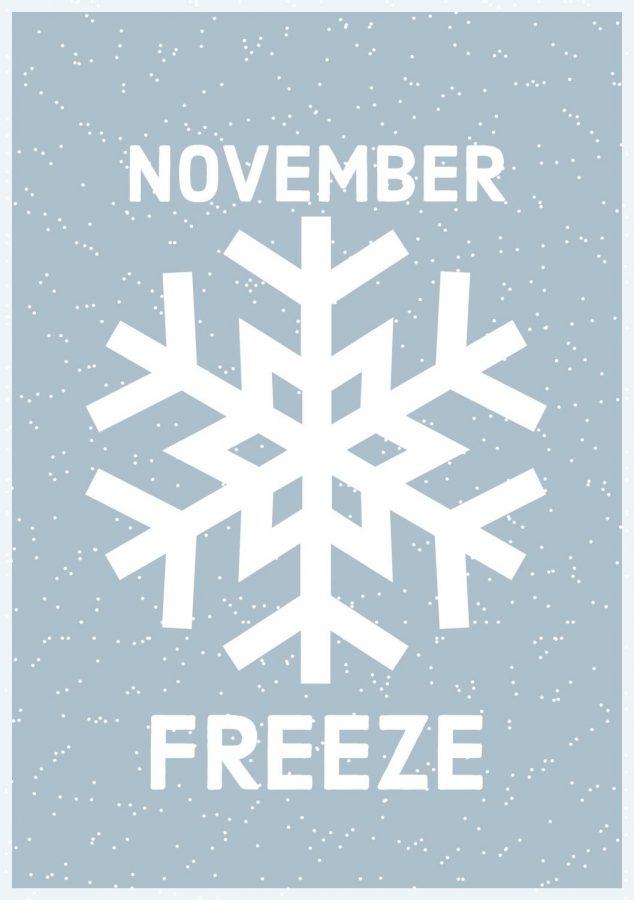 The month of November started in a blast, with many states facing harsh weather. An excellent way to explain why it was so cold is because of the arctic freeze hitting two-thirds of the country. There were freeze warning stretching to places not accommodated for them, such as Florida. The midwest and the east coast have been facing temperatures of 15 to 25 degrees and encountered snow of two to three feet. But an arctic blast from the north came to the United States and has caused these record low temperatures in the first half of the month. Due to the first half of November being cold, many people started predicting that the rest of the winter will be cold and snowing a lot. But climatologist Dr. Brian Brettschneider said that it is likely that the winter will only be severe in the northern part of the United States and parts of Canada. But there are still possibilities of other parts of the US being cold and getting much snow. Chief meteorologist of the weather channel, Dr. Todd Crawford, said November has no connection with the winter and its impacts on weather.

To see what Green Level thinks about the November freeze, we interviewed K. Devireddy and A. Perumandla. Devireddy said, “I am prepared for the cold by wearing layers of sweaters.” Devireddy also said, “Summer is nice, but I prefer the cold, and I would prefer snow over the low 20s at the moment.” Perumandla said that “he is well prepared for the cold,” adding that “this pattern of bad temperature will continue to March.” Perumandla said that he while he would welcome snow, “at the same time, I wouldn’t mind it being in the low 20’s.”

Overall, most people say they are prepared for the cold, but how prepared can you indeed be? Wearing a jacket, bringing hand warmers, or wearing a hat are all considered preparing for the cold. We’re looking forward to seeing if December can live up to November’s cold start.