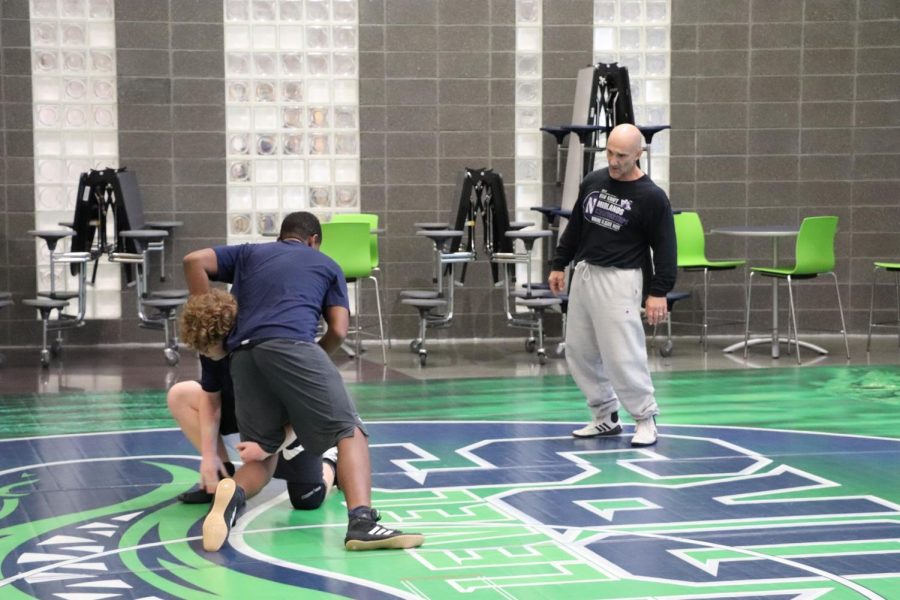 The wrestling team had a tournament at Ravenscroft High School Saturday 11/23. During their first tournament they placed 10th out of the 10 schools in the tournament. Two of the Green Level Wrestlers, Blair Alexander and Conor Perry, got 4th most points in their weight class and Darian King got 3rd place in his weight class (120-126). After this inaugural tournament for the Gators, they had some opinions as to what occurred during the tournament.

We interviewed Freshman Jordan Roberts for some of his thoughts. He said “We should keep practicing better technique and better holds.”

We also interviewed Varsity Sophomore wrestler Darian King, who said, “I think our freshmen are good, they are just like going against sophomores and seniors so it’s kinda hard… I feel like if they work harder and practice they’ll be good.” He also said that he thought the Freshman put a lot of effort into wrestling and that they did their best.