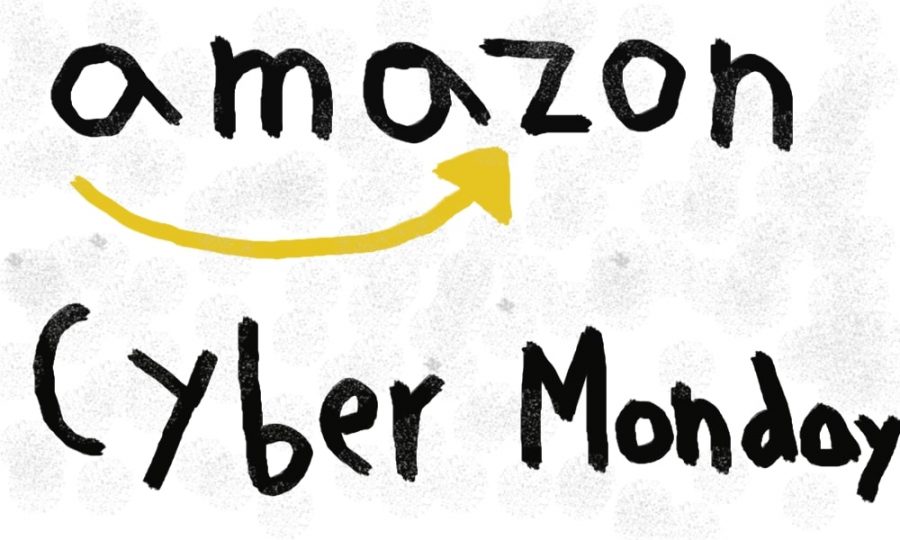 December 2nd was the day we all had to return to school and work after Thanksgiving break. Some complained to go back to work and school, some were tired, and some still wanted to shop more. For the people who wanted to buy more, they had Cyber Monday. But they still had to work, so they ordered online. This trend of ordering online started to rise as the hours were passing.

Amazon had many different sales on different products so this made the consumers buy more than they needed. Airpods, and the Alexa products were the big buys during Thanksgiving weekend. But most of the products were sold during the evening time because that is when kids and parents come from work and school, and that is the perfect time to order something in a sale. Some deals which made consumers go and buy were the airpods and fire tablets. Airpods were $15 off its original price, and the airpods ran out of stock in the middle of Monday. The fire tablet was 40 % of its original price. Many laptops and other electronic items had deals, but not as big as the airpods and the fire tablet. Cyber Monday is not the time just for electronics; it is also the time for toys and clothes. Toys companies like Hasbro and Disney had their products sold at a fast rate and significant quantities. Monopoly: Frozen 2, Jenga, Guess Who, the Candy Land Kingdom of Sweet Adventures, and lego Star Wars were in substantial demand from people due to these toys being people’s favorite, and it had a great deal.

Even though Cyber Monday was the biggest shopping day for Amazon, this is not enough for Amazon stocks to rise due to the heavy tolls in one-day shipping. Like Cyber Monday, Prime Day was a big day for Amazon, but that was during July, and now Cyber Monday took over Prime Day. In a few weeks is Christmas, so Amazon will have high sales in products and make consumers buy their products.