Art Around The World: Comics Edition 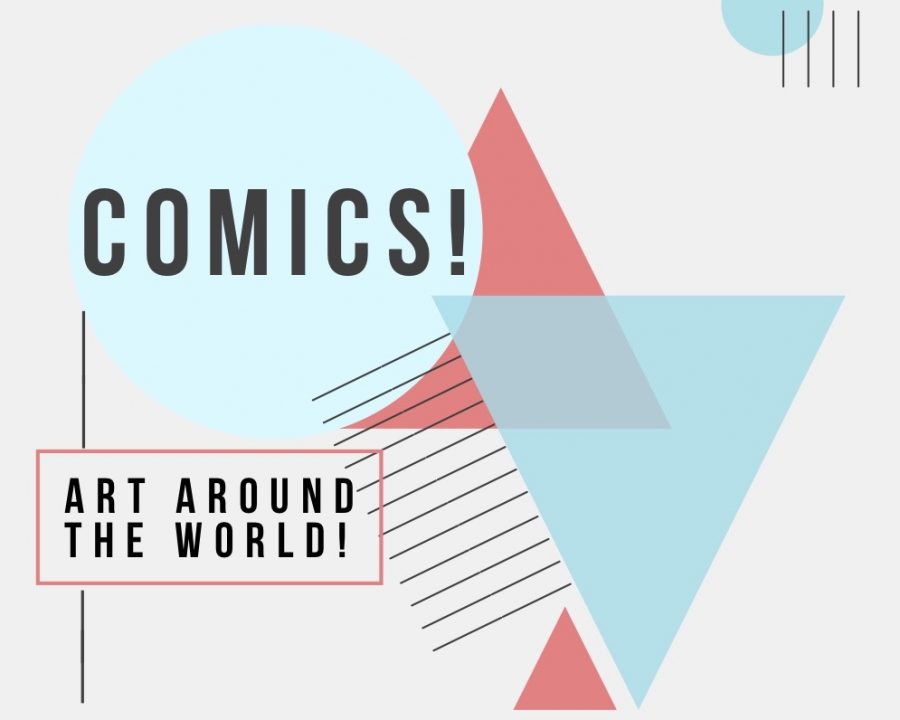 Hello Green Level, and welcome back to your guide to art around the world! This week, we’re talking about some exciting news in comics and graphic novels. This week has been extremely eventful for superhero fans, with the CW show’s annual crossover, Wonder Woman 1984, and Black Widow’s trailers dropping, and Ezra Miller’s “The Flash” finally getting a solo film. TV and movies are full of comic influence. And it’s not just the screens – the Superman comics are taking a huge step, and a new hit from Robert Kirkman was just announced!

Let’s start with the screen news. The CW is having their Crisis on Infinite Earths event, starring heroes like Supergirl, the Flash, Green Arrow, Batwoman, and dozens more. The heroes are fighting in their biggest battle yet – a battle to save the entire multiverse. Full of cameos like the live-action Titans, Tom Welling, who played Superman in Smallville, Kevin Conroy as a live-action Batman instead of his famed voice acting, and Tom Ellis as the literal devil from Lucifer, the episodes are exciting for fans of any form of comic content. Even more cameos can be read up on here, and you can watch the first three parts of the five-episode event on the CW app. Meanwhile,  Wonder Woman 1984 and Black Widow just got their trailers. 2020 will be a leading year in female superhero movies, but we can only hope they’re as good as the other ones. Finally, The Flash has its release date. On July First, 2022, we’ll see Barry Allen in a whole new light!

While we all know that Clark Kent lives a double life, the citizens of Metropolis don’t. Soon, however, it won’t be a secret for anyone. The Superman comics have decided to permanently reveal Superman’s identity. You may be thinking, “There’s no way that hasn’t happened before!” but all past reveals have been fakes or small, secret storylines. There’s no hiding from this. The comic writers have realized that as the times have changed, their stories need to, too. It’s a new step for a new era of art!

Speaking of new beginnings, Robert Kirkman’s new comic is drafted to release this May. While you may not recognize Kirkman’s name, you’ll definitely recognize his last work: comic turned show, The Walking Dead. The new comic is called Fire Power and focuses on a man discovering his past. With influences from martial arts and superhero culture, the series seems like it’ll definitely be a flaming hit. Although there isn’t a screen adaption for the series yet, Kirkman’s up for a movie or animated series about the comic later on! It’s just one of the many comics in the works, showing how graphic novels aren’t just any old, washed-out art form.

That’s all for this week! Have a great winter break, Gators!