Don’t Forget About the Other Holidays. 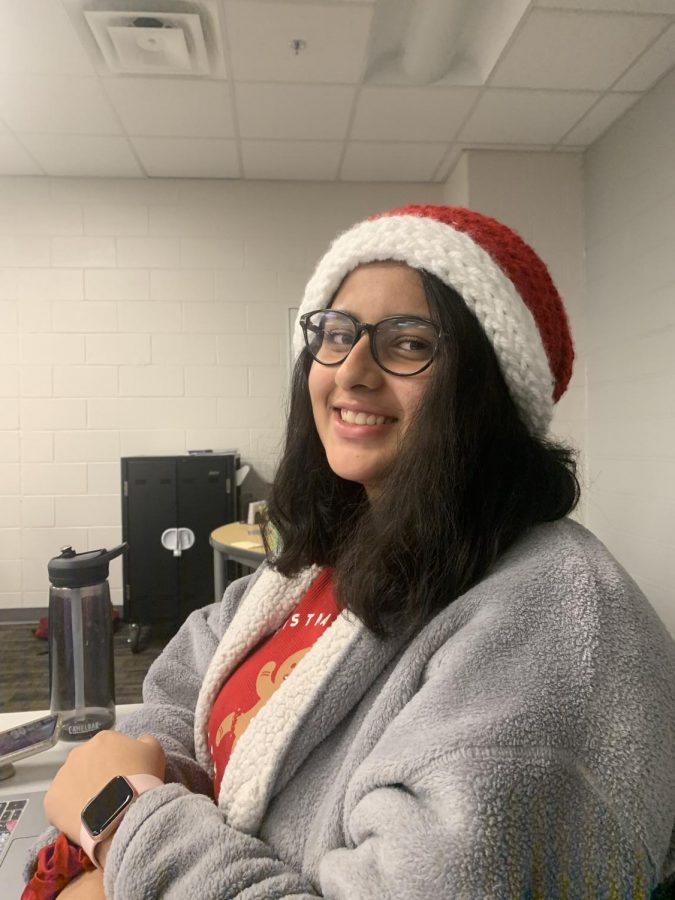 S. Manku in a Christmas hat.

Picture this: it’s the week before Winter break. The holiday season is in full swing. Houses are glowing with lights, candles sit in every windowsill, and the stores are blaring Mariah Carey as loud as humanly possible. It’s exciting! It’s overwhelming! Open your eyes, and the image doesn’t fade… but what about the other holidays?

I set up a poll to see the numbers, and 74% of the students I surveyed celebrated Christmas. The rest were Muslims waiting for Ramadan, Jewish students about to begin Hanukkah, Hindu classmates who celebrate Diwali, and the occasional atheist. The majority of our school is Christian, but that’s still 26% of our student body being smothered in Christmas cheer when they don’t celebrate Christmas.

There’s nothing wrong with Santa Claus and boughs of holly, not really! Everyone is in a good mood, there’s fake snow all over, and Christmas music is only mildly annoying (we don’t need to play it in November, guys.) It’s a good time, maybe even the best time! However, you have to admit that it might feel like a lot to someone who doesn’t celebrate the holiday. And if that’s you and it doesn’t annoy you even the slightest, good for you! But it does a little for me, sometimes.

Not to be a Grinch, but what is it that Christmas has that Hanukkah or Kwanzaa don’t? Why does it have an entire break circling it while Muslim students took a final on last year’s Eid? There’s nothing wrong with Christmas, but there’s something weird with how aggressively it’s celebrated over here. There’s no balance in the stores, it’s ornaments or nothing. It’s easy to name five Christmas holiday songs or movies if you aren’t Christian, but can a Christian name any Hindu ones? Look at our own publication- nobody seems to be working on a story about Hanukkah, even though it starts in under a week. I see a problem here.

Even if the majority of our school and country are Christian, there are still millions of Americans who have equally vibrant and exciting holidays. We should all make an effort to appreciate and at least recognize them too.