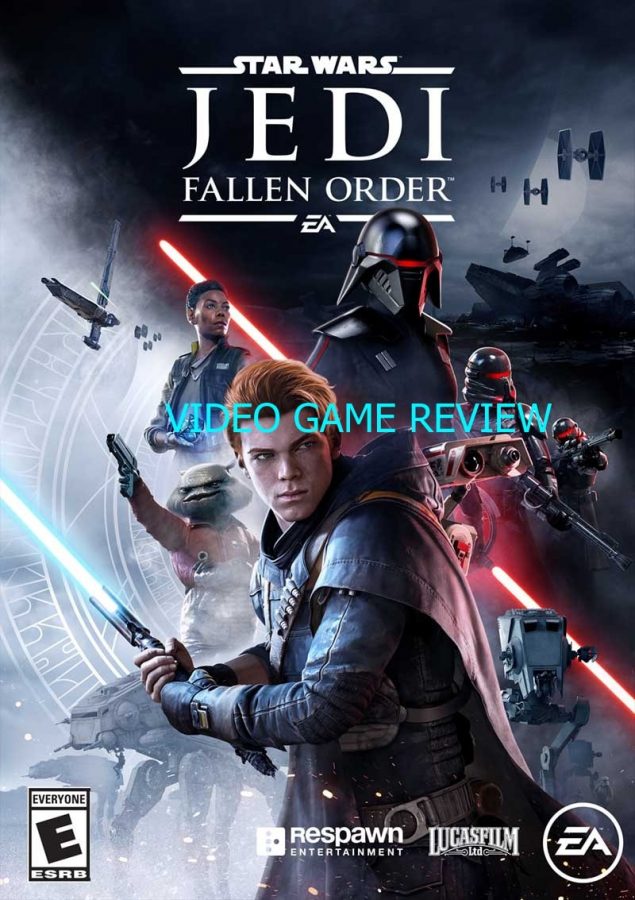 Image created by A. Kola

Today’s game that we are reviewing is Star Wars Jedi: Fallen Order. This game is a third-person action-packed adventure game created by Respawn Entertainment and Electronic Arts. The game is available on PS4, Xbox One, and Windows. According to their website, EA, the goal of the game is to survive as the last Jedi with combat forms, lightsabers, and dodging enemies to take on challenges. Once training is complete, you can explore forests, jungles, and cliffs. However, the game is not an open-world one, there are certain quests to do that involve puzzle-solving and exploration. Let’s review the game details and its story.

Arguably, this is one of the best looking games of this generation. The shadows, lighting, and the textures, all look amazing at the point where a gamer can call it real life. In the settings, you can change the graphics between 3 options, Medium, High, and Epic. For the best experience, I recommend using Epic mode, if not, then high.

The game’s storyline is excellent because it jumps right into the planet vs planet part of the game, where one plot leads to another after solving a certain puzzle in the game. However, according to the Washington Post, “the game is more grind than a joyride,” because some of the game requires effort and takes time to get rewards. The puzzles may also be frustrating to solve but very intriguing to complete it. Most of the game is not easy and you would need to be a gamer who is more of a Call of Duty player than a casual one.

Finally, Game Controls and Use 9/10

As you play the game, the controls start to make sense, and it will be easier to control the player. When I played the game, it was very smooth and the trigger controls were almost the same as more standard games. Not only are the combat controls necessary to play, but you can just use the game’s visual language to follow paths.

The new Star Wars game is incredible even though the storyline is not as easy or great. If you have friends, then you can play multiplayer and enjoy the game. To see what Green Level thinks about the game, I interviewed Sarvesh Ponkshe, a freshman who enjoys playing Star Wars with his friends and has had experience with the games. Although he does not own the new 2019 game, he has another latest star wars game called, “Star Wars Battlefront 2.” He says that the game is incredible and has a big future in the video game field.