Tech On Your Wrist: Apple vs Fitbit 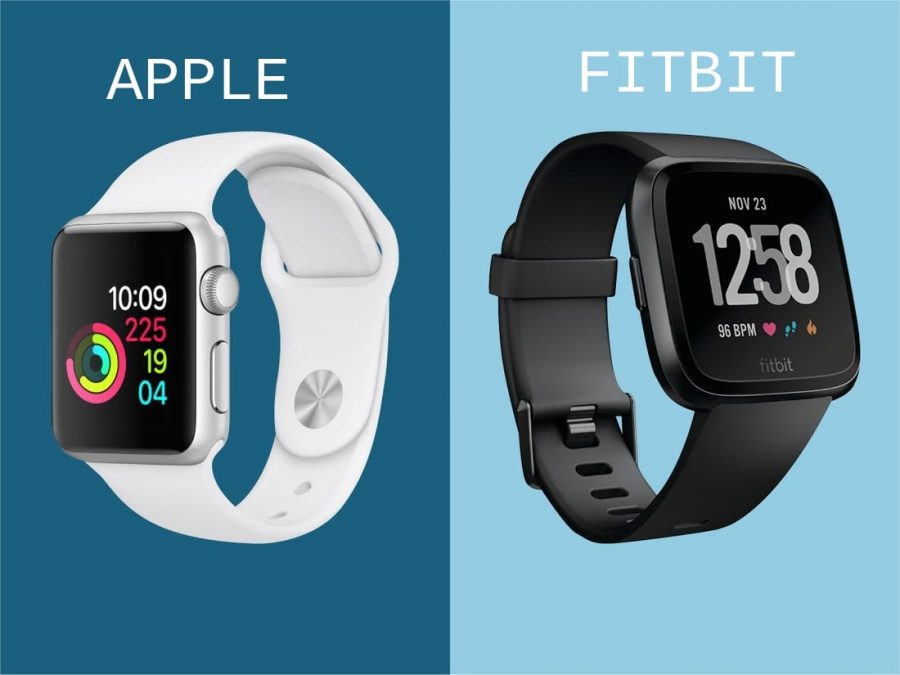 Many people wear watches to school whether it be to check the time or for tools. The top two smartwatch brands are Apple and Fitbit. The question of which one is better has always been there since the creation of both watches. In the online market, Apple watches have better sales due to the quality they give and extra features they have. But Fitbit is preferred by many because it is a perfect use for people to track their steps, sleep, and exercise. It also sticks to the primary purpose of helping people know about their own fitness. Now let’s see some specs for both of the brands.

Battery life: up to 18 hours

Even though many people prefer Apple watch, we prefer Fitbit. We think the Fitbit is perfect for what it is made for, and it usually has a long-lasting battery. It’s also cheaper than the Apple watch. As noted by many online reviewers, the Fitbit’s steps and steps and calculations are also very accurate. “The Fitbit Versa has a seriously great battery life for a smartwatch, even with the continuous heart rate monitor, step tracking, and automatic workout recording. It’s got an on-screen workout guide and connectivity to Fitbit Coach, which is a personalized training app with adaptive workout videos and audio coaching,” says imore, a site that specializes in technology and reviewing them for consumers. Fitbit it is!