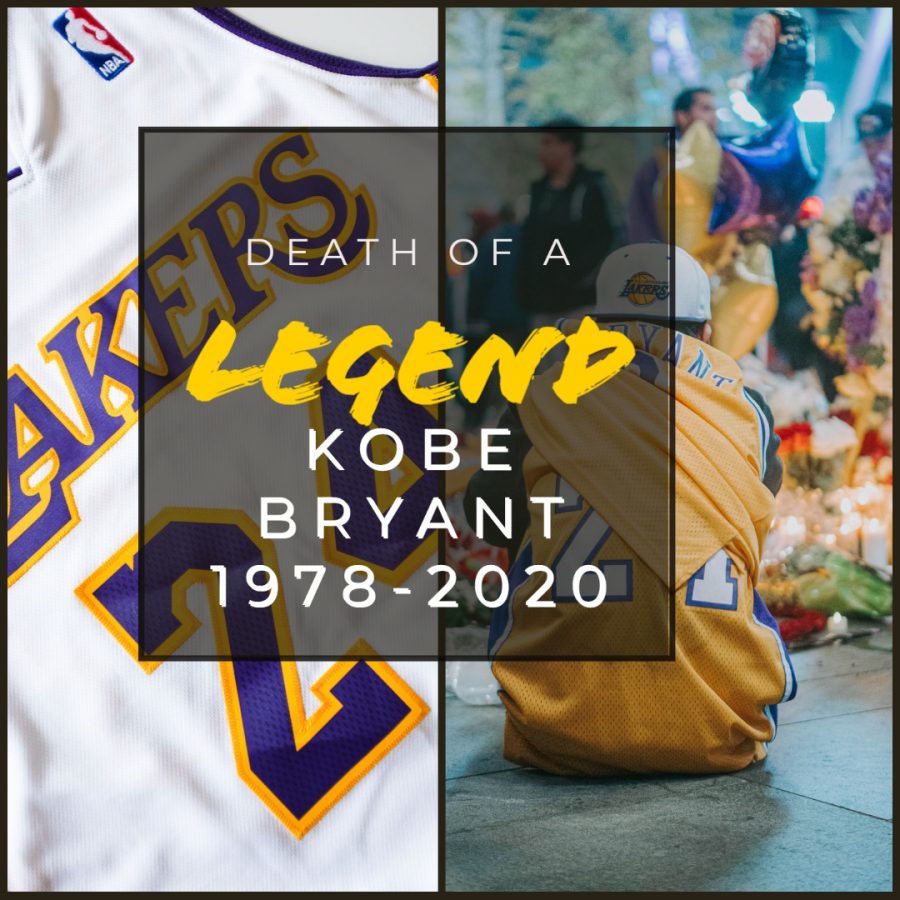 The world is shocked and saddened by Kobe Bryant's death.

Kobe Bryant was one of a kind even after his retirement. He died on January 26, in a helicopter crash, at the age of 41. Killed along with Bryant were his 13-year-old daughter Gianna, her basketball coach, Christina Mauser (38), her teammates, Payton Chester (13) and Alyssa Altobelli (14), their parents Sarah Chester (45), Keri Altobelli (46), and John Altobelli (56), and the helicopter pilot, Ara Zobayan (50).  All were in route to a basketball game that Gianna and her friends would have played in.

Bryant was one of the NBA’s most famous players, setting a scoring record only recently surpassed by Lebron James. He was an 18-time NBA All-Star who played 20 seasons, winning 5 NBA championships throughout his career (3 of them with Shaquille O’Neal from 1999-2002). He finished his career with 33,643 points in the NBA and also played with 2 gold-medal winning USA olympic men’s basketball teams (2008, 2012).

Bryant’s early death was a shock to the whole basketball world, leaving players, coaches, and fans stunned. But of course it is a much greater shock–and causes much greater pain–for his family. Kobe’s wife, Vanessa Bryant, has been posting on her Instagram about how difficult the death of her daughter and husband has been, and how she “never saw a life without him.”

The Gator’s Eye hopes our school community can keep Kobe, Gigi, and the other 8 people–along with their grieving friends and families–in our thoughts.  The next time you shoot a paper ball into the trash can yelling “Kobe!,” maybe take a minute to remember this inspiring athlete and say “For Kobe” instead.