Is Listening Really That Important? 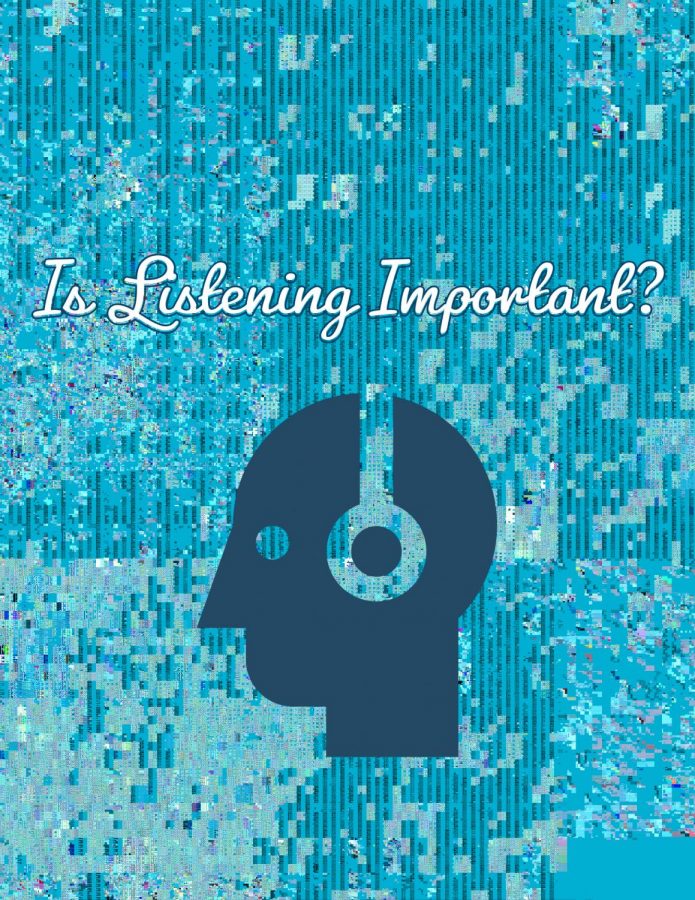 I think anyone reading this article right now can recall a time when they were in class hoping a teacher wouldn’t call on them to answer a question. Maybe it’s because you are afraid of saying the wrong thing, or saying something silly that the class will laugh at you for. In fact, most students who don’t participate in class choose not to speak up to avoid embarrassment in front of their peers. Public speaking is a top fear that many students have. But, in many cases we can find that a lot of students just don’t listen.

But why don’t we listen? Kennedy Thomas, a Freshman, tells us, “I do find it hard to pay attention in class, but it just depends on the class. Most of the time it’s because the teachers aren’t being engaging in their teaching.” Many students feel the same. Since many students don’t learn the same, when people don’t understand something they just stop listening. Because people are simply closing their ears when they don’t understand something, this causes confusion and frustration.

Whatever reason there may be for people not listening, it’s important to understand that there are many different types of learners. Some people learn better by speaking out more, contributing to class discussions, and asking questions. Active class participation is proven to improve critical thinking skills and memory. Participation is something that can engage many different students, pushing them to their highest capability of thinking. But since not all people learn this way, they might not fully understand what is happening in class, causing them to lose attention and have their mind wander during the lesson.

Even though there are numerous benefits to speaking out, the majority of the class usually doesn’t contribute their answers and views. Because of our inability to listen, we are now unable to communicate our ideas as much. According to medium.com, “Effective communication can make you an effective leader and success can come much easier.” If you want to be able to communicate your ideas well to others around you, first you need to acquire the ability to listen and understand the other person’s opinion. If we are only going to yell our own opinions at each other it won’t solve anything, but will just make people more distant and unwilling to hear other arguments.  Listening is much more than just hearing what another person is saying. You are focusing on what the speaker says and comparing it to your own experiences.

It’s true that communication is an extremely important skill. Without expressing your ideas, thoughts and feelings, no one will know them. So, speak up!