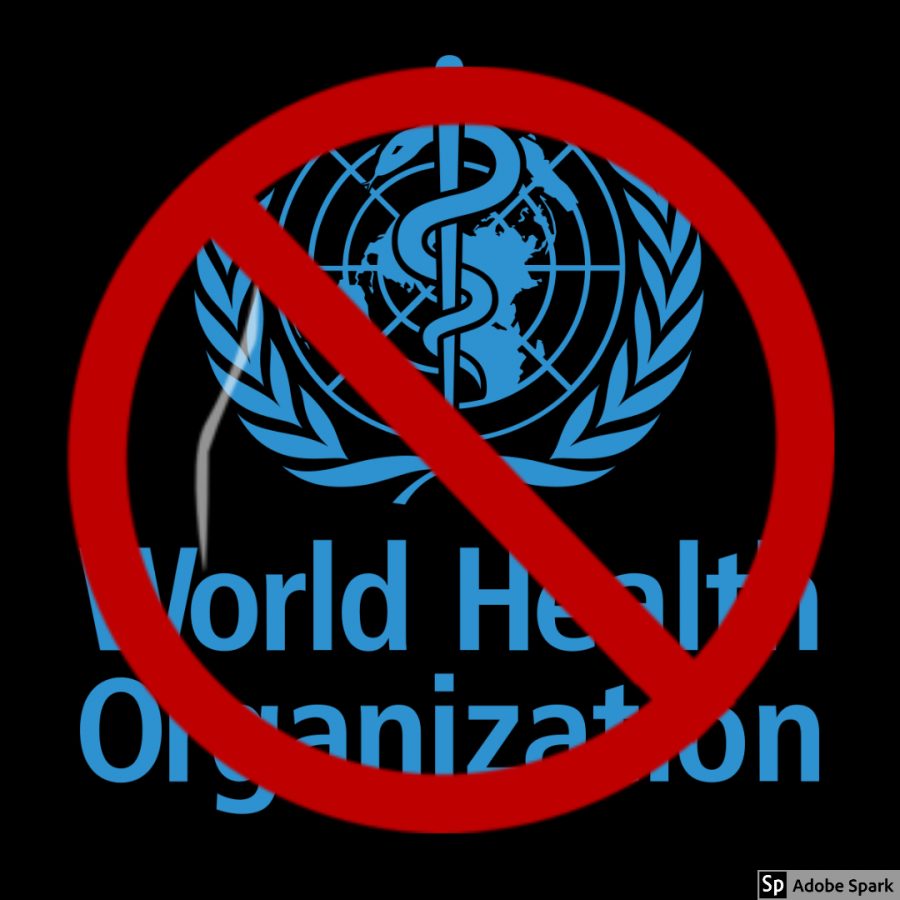 Image created by A. Kolla

COVID-19, more commonly known as the coronavirus, started spreading in China in late 2019 and early this year. Now, it has spread throughout the world and is a pandemic, infecting millions and killing tens of thousands of people. This is thanks to the World Health Organization, or WHO, botching the initial response to the disease allowing it to spread around the world.

For starters, the WHO listened to the Chinese government about COVID-19 even though they have a history of cover-ups. According to The Lancet, during the SARS outbreak in 2003, China’s Ministry of Health blatantly lied to the public about the number of cases and deaths in Beijing saying that the number of cases were under 50. The mayor of Beijing at the time, Meng Xuenong, told the public the truth that Beijing had patients in 2 hospitals with one hospital being at max capacity due to the disease. At the start of the SARS outbreak, the government blocked any websites mentioning the disease and when they admitted that it was a disease, they still said that there was no danger. That was just during SARS. The Chinese government has even covered up COVID-19 from the start.

According to the BBC, Li Wenliang, a doctor who contracted COVID-19 while working at Wuhan Central Hospital, sent a warning about a SARS-like disease on December 30th to fellow doctors. He was then accused by the government of spreading rumors and making false comments that disturbed social order. Wenliang died due to the disease on February 7th. According to NPR, after a huge backlash on Weibo, China’s alternative to Twitter, they stated that Wenliang should not have been reprimanded. They did this more than 1 month after the fact. China didn’t even listen to their own doctors about the disease. Instead, they just covered up that the disease even existed.

On December 31st, Taiwan, not even a member state of the WHO due to Chinese opposition to them joining, sent emails to the WHO about the possibility of human-to-human transmission. They were promptly ignored by the WHO and nobody knew about the emails until Taiwan themselves told the world about them on April 11th. In fact, in this clip on YouTube, you can see Bruce Aylward, a Senior Advisor to the Director-General of the WHO dodging questions about Taiwan. When asked a question about Taiwan and their response to the virus, he remained silent and then said he could not hear. When the reporter said that they would repeat the question he asked to move on. After the reporter persisted Aylward disconnected the call. The reporter then called him back and asked again about whether or not Taiwan has contained the virus well. His response was, “Well, we already talked about China” and that if he got the disease, he would want to be treated in China. Taiwan’s response to the virus has actually been reported as one of the, if not the best in the world. They had an aggressive early response which helped them keep the virus under control. Meanwhile, the WHO refuses to answer questions about them and reverts back to talking about China.

The WHO listened to China’s government, a government with a history of cover-ups and lies about diseases, including with this one. They ignored warnings from countries like Taiwan and didn’t do any investigation of their own before saying that there was no human-to-human transmission. They should have done an investigation no matter what country the disease started in, that is their job, not to just spout what governments tell them. The fact that they did this with a disease from a country with a history of cover-ups just goes to show how badly the WHO botched their response to the virus. If they had done a simple investigation then they would have seen that some infected individuals did not have contact with the seafood market and announced human-to-human transmission putting the world on guard, and potentially preventing this pandemic. The WHO totally botched its response to this disease. They should have been spurred to do something by Taiwan’s emails, sent before China even admitted that the disease even existed or was a problem. Instead, they sat around doing nothing with the $893 million the US gave them over the last 2 years.