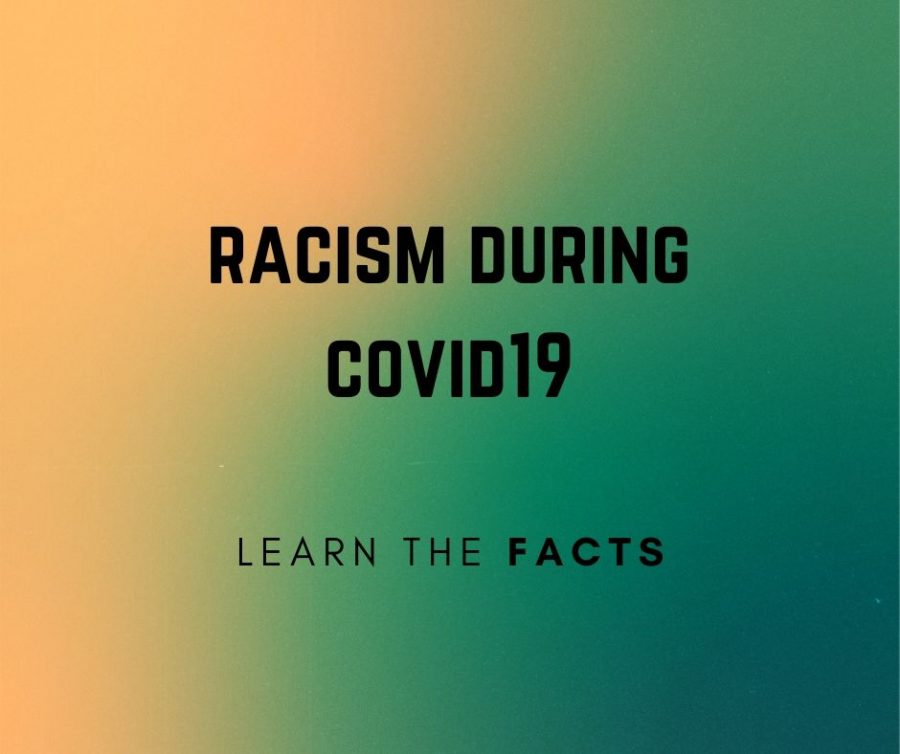 Image created by A. Guo

Learn the facts of how COVID19 has affected people of color.

The coronavirus itself has already done a great amount of harm to the physical and mental health of millions of people, but it is also revealing many problems that relate to prejudice and racism.

For one, hate crimes against Asians have surged due to the xenophobia that has been created because COVID19 started in China. Doctors have been threatened after a day of risking their lives because they are Asian, people have been attacked in their own homes by neighbors, a Bat Fried Rice shirt was advertised by the Art Director of Lululemon, people have told their parents to speak English, and not their native language, when outside, and I have seen viral jokes circulating around my own TikTok and Instagram feeds.

But it is not only Asian people who are suffering from prejudice in America. Black Americans’ lives have been disproportionately lost, and they have become an incredibly vulnerable population in the pandemic. In Michigan, African Americans made up 33% of the cases and 40% of the deaths, while only being 14% of the state’s population. In Chicago, black people make up 30% of the state’s population but make up 68% of the city’s deaths. This horrifying trend continues in cities and states all around the country like Illinois, Louisiana, and New York City.

The roots are long-running and lie in the injustice that black people face every day. For example, black people have reduced access to health care; are more likely to suffer from pre-existing conditions like diabetes and heart disease; more likely to experience lower air quality; have higher unemployment rates; are more likely to use public transportation, and so on. All of these examples make it much more difficult for black Americans to socially distance and get the treatment they need.

The systematic racism that has been set against African Americans has become extremely clear from the data collected from COVID19. There has been a problem that has shown itself to us, and that we need to fix.

There is never an appropriate time to argue against the rights of people of color. The clear link and root cause of discrimination have been provided in facts and statistics. We need to acknowledge that this is wrong and fix it.