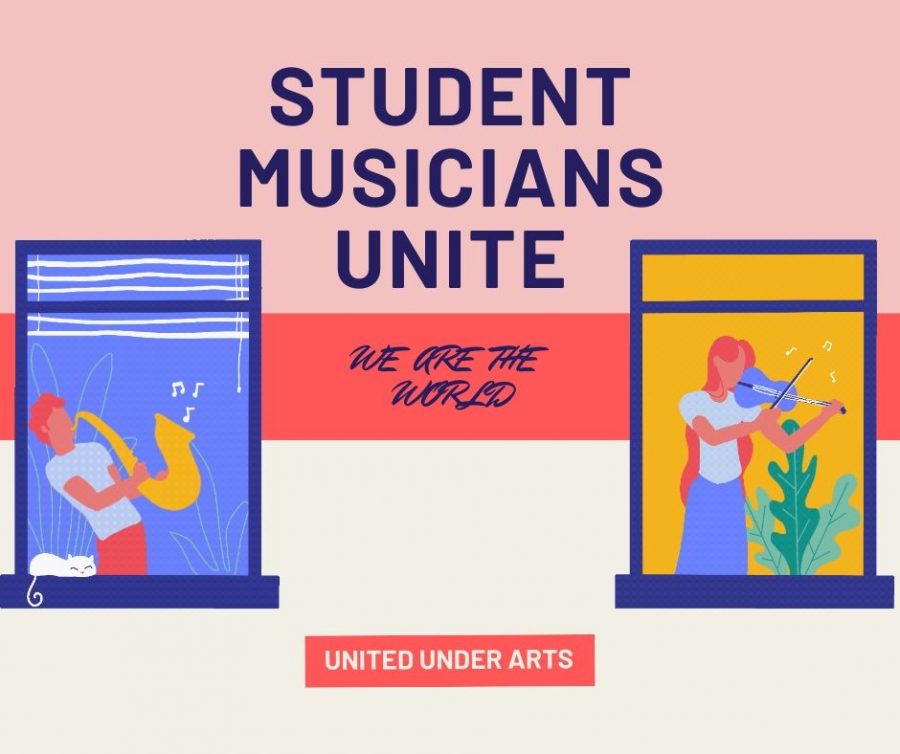 "We Are The World," an Ode to Healthcare Workers

At a time that has been filled with despair and hopelessness, students in the United Under Arts (UUA) Chapter in North Carolina have taken action with their new video, ‘Student Musicians Unite: “We Are The World,” an Ode to Healthcare Workers’.

The release of this project may be untimely, but it was started two months ago by Ellen Zeng, an Enloe sophomore student who is also the President of the NC UUA Chapter. “We wanted to do something that would prove the power of connectivity during quarantine,” she says, as this project was worked on in March and April, “and the message was about how we can still unite together through the arts.”

And unite they did. In fact, there were 28 students participating from 8 different schools across North Carolina. One of which was Jake Juliano, a sophomore here at Green Level.

“I participated in this project because I wanted to help support its message, and to me, this project is a testament to the ability for students, or young people, to create something beautiful that can help share a powerful message,” Juliano says, commenting on why he chose to participate with his clarinet part.

If you’re interested in watching the video or are looking for a bit of hope, click here.