TikTok Has To Go! 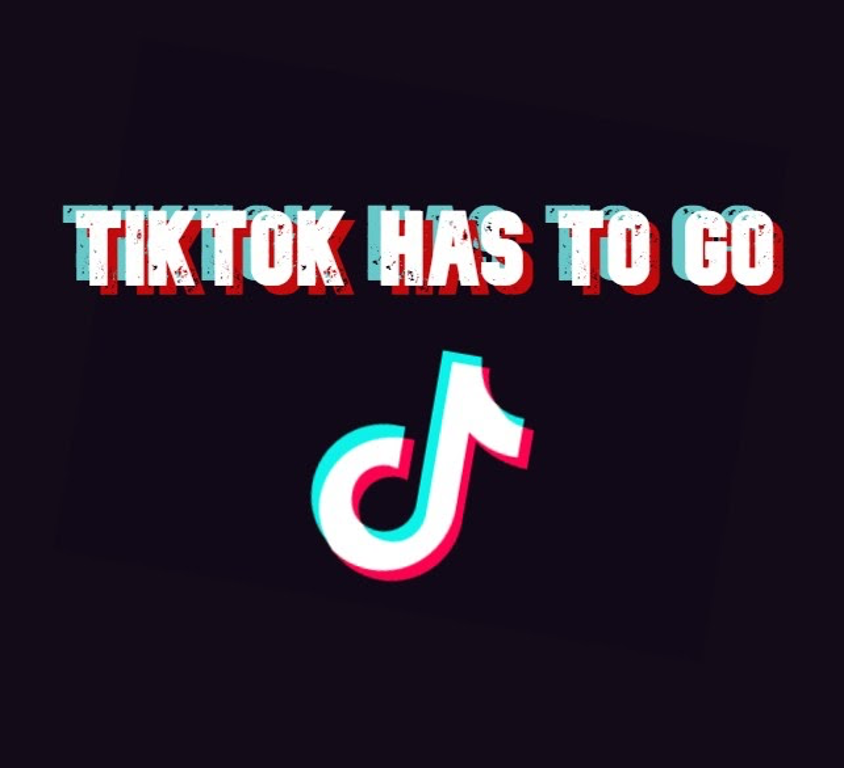 TikTok Is Destructive To People's Minds & Has To Go!

TikTok is everywhere, if you have a phone then you probably have TikTok too. This app has given millions a voice and is still increasing its users. Currently, the “latest available official statistics show that there are now 500 million TikTok users around the world (monthly active users)”. When you first ask a person about TikTok, they would say it makes them feel good and that it is the most addicting app. But this is not a compliment; the word “addicting” usually has a connotation of being harmful, time consuming, and unhealthy- which also perfectly describes the app.

The app was initially created to be a creative way of expressing yourself and being who you want to be. When I first downloaded the app a few years ago, I was thrilled. TikTok was the perfect entertainment where I could kill time by scrolling through videos and learning dances. However more recently, the platform has become toxic.

When creators make their videos, they showcase the expensive items. They put on their best clothes, use their cleanest room, and edit their TikToks. These videos create an unrealistic expectation of life, and for the viewers, a disappointment in themselves. When people watch others with stuff they don’t have, it is natural to want those things. That artificial life becomes a desire.

Using TikTok as a platform for content does not always have the intended effect either.  The app has content restrictions and guidelines, but these are not effective at all. The restrictions are sometimes put on informative videos and they get taken down. For example, “news broke that TikTok had taken down the profile of an American teenager promoting awareness about China’s disastrous human rights abuses against Uyghur Muslims.” Then, when a video of 33-year-old Ronnie McNutt, taking his life horrifically by shooting his head was trending, TikTok did not remove it until it had been circulated, recorded, and seen by 12-year-olds. Such gruesome videos will impact a young kid’s mind and hurt their well being. Those kids who downloaded TikTok did not sign up to have their mental health ruined or criticized for making their own videos. The whole concept of the app has now become a way for people to make fun of and judge others from behind a screen.

Aiswarya Apte, a sophomore at Green Level High School puts it best, “TikTok creates a toxic environment. Everyone on TikTok always preaches ‘girls support girls’ and ‘love everyone’ and how little things bring others down, but when people see one person that looks a little different, people will go straight to the comments to leave a mean comment. Everyone’s all about diversity in race, gender, sexuality, etc. but hate on people if they’re not the standard definition of ‘good looking’.” TikTok was not meant to bring people down but rather bring them up.

Maybe TikTok was a good way to kill time when it first came out, but all it is now is destruction to young people’s minds and lives. TikTok has to go.