Where Does Green Level Stand On The 2020 Presidential Election? 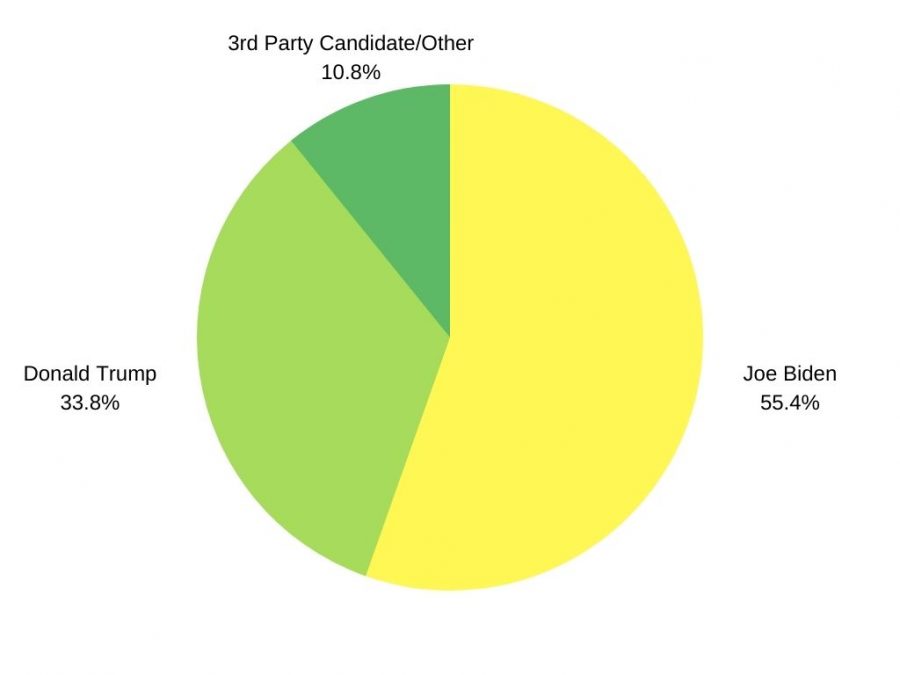 With the 2020 presidential election looming around the corner, millions of Americans have cast their ballots to support their chosen candidate. Current President Donald Trump and former Vice President Joe Biden are the leading presidential contenders, but what does Green Level think about them?

A recent poll on The Gator’s Eye revealed that out of 74 people from Green Level, 55% are in support of Biden, 34% support Trump, and 11% support 3rd party candidates. This lead for Biden mirrors North Carolina’s election polls where Biden is currently leading at 50.7% to Trump’s 48.6% according to www.fivethirtyeight.com.

In addition to the Democratic and Republican parties, there are still over a thousand independent candidates running for president. One benefit from being independent is that candidates don’t have to please a party, so they can run as themselves and speak about issues that really matter to them. Mark Charles is an independent candidate whose goal is to be another option for voters who don’t feel a connection to Biden or Trump. His Navajo heritage has shaped his view of what America should be, and he actively campaigns on social justice issues affecting Native Americans and people of color. “If we want to be a nation where ‘we the people’ truly means all the people, we have to do some foundational-level work,” Charles said. “We actually have to go in and change some things that this nation was founded on, such as the racism, the sexism and the explicit white supremacy.”

Although independent candidates and 3rd parties such as the Libertarians may have enough support to get their nominees on ballots, Democrats and Republicans have long dominated America’s government. In fact, it’s been over 150 years since someone other than a Democrat or Republican has become president, and with national poll updates reporting Biden’s lead, it seems that this pattern will continue.

Who do you think will win the 2020 Presidential Election?