How Movie Filming Is Coping With COVID 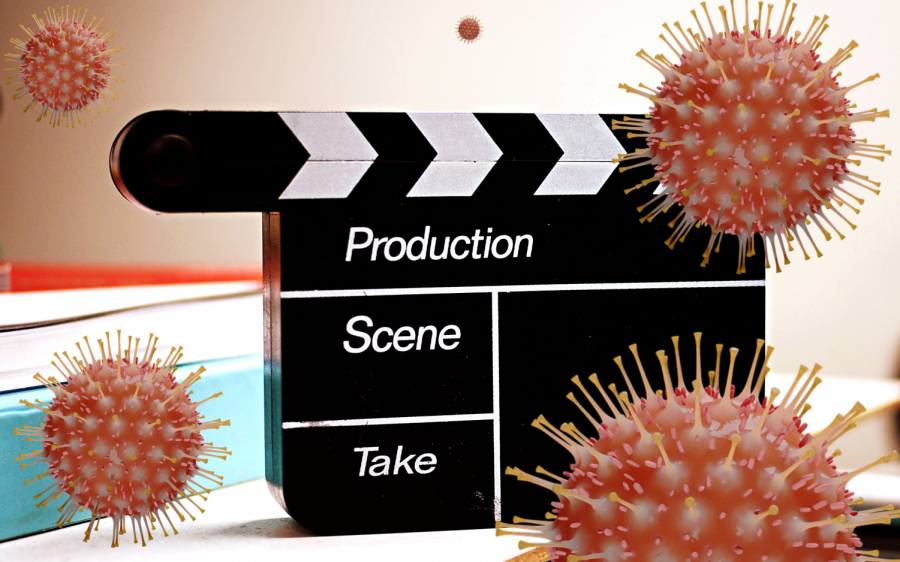 Graphic made by C. Lentz on Canva

While filming, movie studios are doing everything they can to ensure the health of the cast and crew.

Almost everything that people had taken for granted changed when the COVID-19 pandemic hit. Certain restaurants closed, small businesses are struggling, and masks have become a new normal. The movie industry is no exception to the effects of the virus, and it has changed in many different ways. Specifically, let’s take a look at the filming process, arguably one of the aspects of filmmaking that many would consider high-risk due to its social interactions and touching of various objects around the sets.

Firstly, many movies that were scheduled to release in 2020 (or even 2021) have been delayed into the following years. Of course, this delay not only included the processes of pre-production and editing, but filming as well.

However, most delayed movies and TV shows have picked back up in the filming process lately, but with different guidelines and norms. Predictably, everybody involved with filming face mandatory COVID testing (the crew, once a week, and the cast, thrice a week). The face coverings of all parties involved are frequently checked to ensure that they are acceptable and up to scratch via the CDC guidelines.

Usually, a filming set is extremely busy with crew running from place to place, directors planning their next shoot, and actors getting ready to or in the middle of filming. Now, however, cast and crew are being staggered as to when different places are accessible. For example, there could be designated times for certain trailers to be accessed for make-up and other preparation.

Many cast and crew on several movie sets also felt emotionally stressed as well as physically, having to enforce these health and safety guidelines without feeling bossy or reprimanding.

Another solution to the population problem that many movies and studios are experiencing is Zoom meetings. Oftentimes, the crew and sometimes cast members will join a Zoom meeting before the shoot to lay down expectations and planning for the shot to minimize as much social interaction as possible when they become face-to-face.

In addition, simple things like browsing for snacks and refreshments in between takes for the cast has been restricted. In an instance such as this, crew members would wrap refreshments in plastic before delivering them.

In conclusion, the movie industry is doing everything they can during this trying time to ensure that everyone remains safe and healthy during the process of movie production.