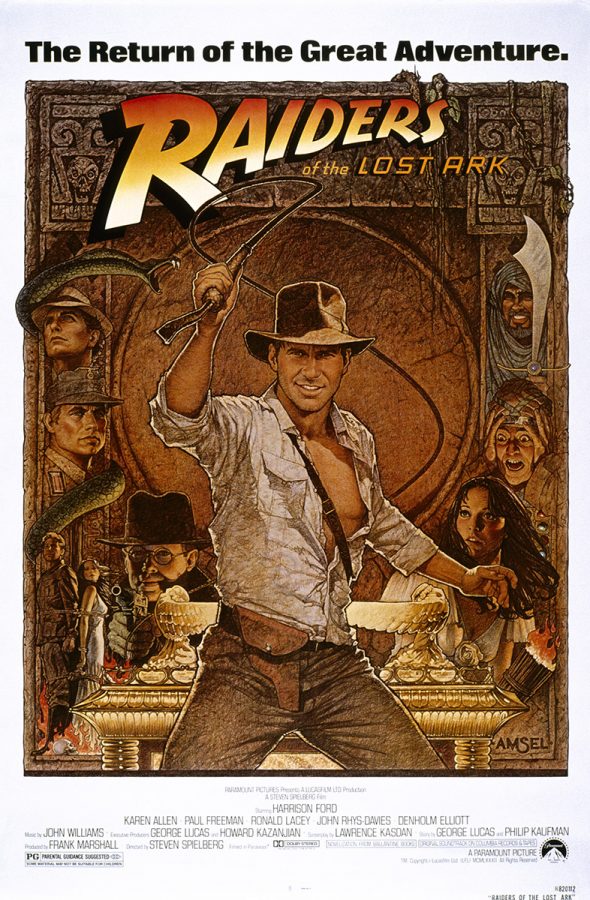 Beginning with Raiders of the Lost Ark, Lucas and Spielberg’s revolutionary film franchise is streaming on Netflix.

With the majority of people still stuck inside due to the COVID-19 pandemic, the internet in general has been gaining a lot more traction. Specifically, streaming services such as Netflix, Hulu, and Disney+ have gained 12% more attention than before, and undoubtedly, Green Level Students have been contributing to that increase.

As a result of this, it’s time to give attention to older, classic movies and shows on popular streaming platforms as well as perhaps newer, more no-name film and series. That is the purpose of Streaming Spotlights, which will hopefully be a recurring feature on The Gator’s Eye.

What better place to start than with one of the most popular and revolutionary film franchises of all time: Indiana Jones. The Indiana Jones Quadrilogy has been on Netflix since the beginning of 2019 in the hopeful preparation for a fifth movie, set to hit theaters on July 9, 2021.

The first three movies (Raiders of the Lost Ark, Temple of Doom, & The Last Crusade) were directed by master filmmaker Steven Spielberg (E.T., Close Encounters of the Third Kind) and mainly created by George Lucas (Star Wars). They tell of the adventures of the bold archaeologist Indiana Jones, his various tasks to retrieve hidden artifacts, and the relations he has with friends and foes. These first three were made in the 1980s and were deemed discontinued until 2008, when Spielberg and Lucas produced a fourth film in the franchise. All four movies star popular actor Harrison Ford (Star Wars, The Fugitive) and are rated relatively well on Rotten Tomatoes, Raiders of the Lost Ark earning 95%.

So why should you care about these movies, who were predominantly popular in the 1980s? In addition to being subjectively well written, acted, and performed, the original Indiana Jones Trilogy was revolutionary in the filmmaking industry. Before the Raiders of the Lost Ark, the Action-Adventure genre of films didn’t officially exist as Indiana Jones is popularly considered the first of its kind. At the very least, the genre would certainly not be what it is today without these movies. Coming from the man who had already revolutionized filmmaking in terms of special effects in Star Wars, this was (and still is) a tremendous achievement.

In addition to being the first action movie of the “modern” age, the Jones Trilogy was also responsible for the creation of the PG-13 rating system. Before the release of the second installment, Temple of Doom, only PG and R existed. However, the definite darker tone of the second movie due to its violence and gore created controversy. Spielberg argued that it didn’t deserve the R rating, and parents were angry that it was rated PG because they had brought their young kids. So, Spielberg himself devised a rating in the middle for younger teen audiences called PG-13.

In conclusion, the opportunity for viewing the Indiana Jones movies is a must for anyone with a Netflix subscription due to their revolutionary traits and qualities as well as inarguable entertainment.