Gator Hoops Back in Action 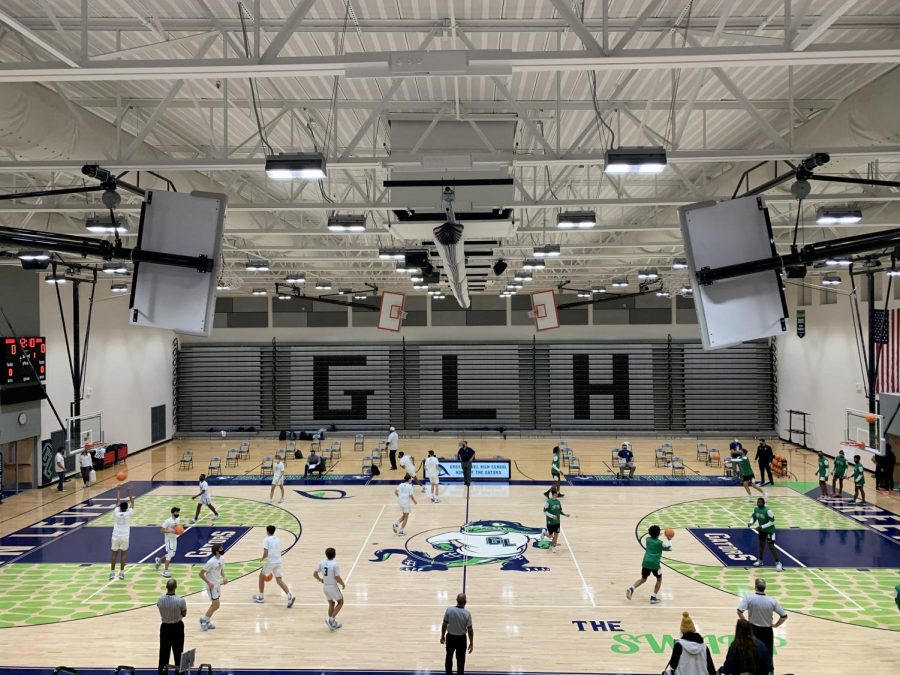 The Gators warm up before the a home game.

The Green Level Men’s and Women’s basketball saw lots of actions this past week, with games against Athens Drive and Cary High School on 1/25, 1/26, and 1/29.

Both Women’s and Men’s Varsity hosted Cary High School on the 29th. The women’s team lost a close one by a score of 54-46. After a back and forth game, where the Gators led and kept it close, Cary was able to pick up the win in the final quarter.

Men’s Varsity also was defeated by Cary, losing by a score of 65-36. Despite the loss and a rough first half, the team was able to make great momentum and hustle play late in the game that can be used for improvements for the future.