Gators Down The Imps 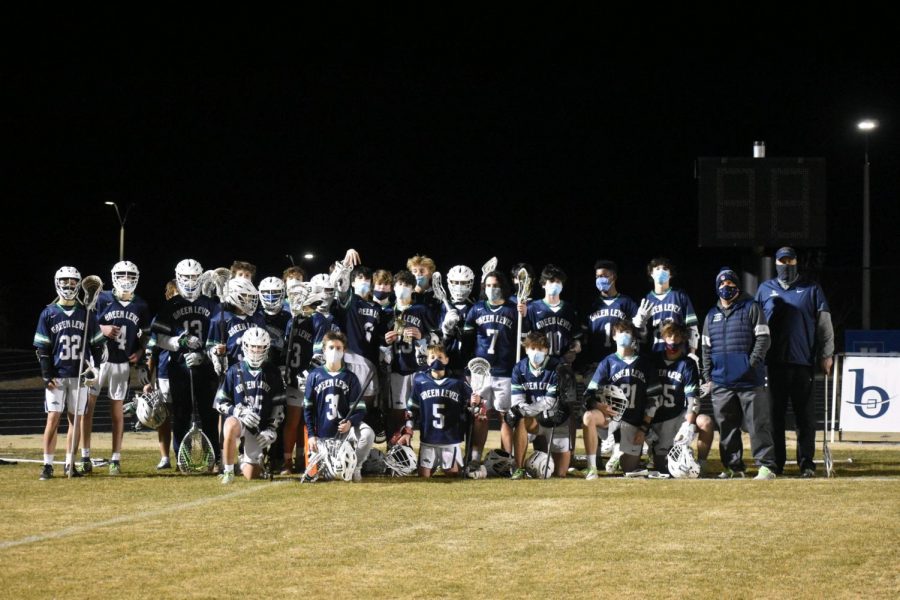 The Green Level lacrosse team’s second game of the season was a very exciting one. It was initially supposed to be an away game, but since Cary Highs’ lights went out, the game ended up being pushed back a couple of hours and it was changed to a home game. Many Green Level parents were pleased about this since spectators are not allowed at away games due to COVID-19 restrictions.

Green Level came out strong and Freshman Gus Maggio got the team fired up by scoring the first goal of the game. Maggio had a great game and ended up getting a hat trick. Gus’s goal was followed by nine more in the first half. The Gators’ defense had a great first half as well, completely shutting Cary out.

Goalie and Captain, Skyler Stein had an outstanding game with eight saves. He had a shutout and kept the Imps to a 0 goal in the first half. Both freshmen backup goalies got to play in the second half due to the lead the Gators had. They both had pretty good games with a few saves each.

The Gators came into the second half still fired up, not wanting to lose their lead against Cary. The Imps got four goals in the second half but the Gators answered with four in return. Overall, this was a great game for the Gators and a great start to the season. Green Level Lacrosse is 2-0 right now and is hoping for more wins. Go Gators!