Say No to Animal Cruelty 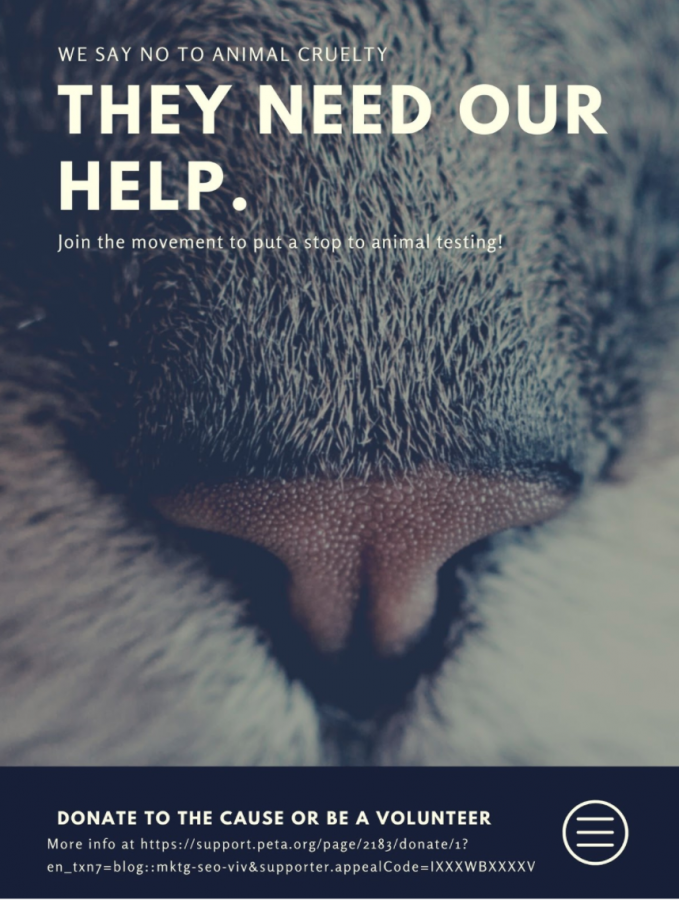 Many animals are being abused by companies we support.

They need our help. For years animals have been thrown in cages and living their lives as test dummies with no sense of love or compassion. More light must be brought to this situation. These are companies we know, products we use, harming innocent animals with absolutely no care as to whether they live or die. This torture and inhumanity has to stop, we have to do something.

Animal testing has been used throughout history for biomedical research since about 300 BC. At first, Greeks used it as a way to explore anatomy and advance their medical understanding without putting humans at risk.

However, as this continued and became a way of science all over the world, controversy arose. During the 1800’s and early 1900’s, around the time domestic pets became popular; there was a public objection to animal experimentation. In recent years, more attention has been brought upon the subject. Animal protection and animal rights groups have called it “inhumane” and “cruel.” Organizations like PETA and the National Academy of Sciences have been working to understand the effects and limit the testing.

Animal testing in the United States is regulated by the Federal Animal Welfare Act. They regulate transportation and housing but do not regulate the actual experiments themselves. In fact, the US congress actually voted for the rights of the researcher; meaning that experiments were not to be interfered with and the regulations were exempt. Today, an alarming 26 million animals are used every year for scientific or commercial testing and over 100 million suffer or die to testing as a whole. The animals are used to develop medical treatments, determine the toxicity of medications, check the safety of products destined for human use, and other biomedical, commercial, and health care uses. And still, we are not certain what experiments and tests are being conducted behind closed doors.

The article, The Truth About Animal Testing says, “There are many non-animal test methods that can be used in place of animal testing. Not only are these non-animal tests more humane, they also have the potential to be cheaper, faster, and more relevant to humans.” This is even more of a reason to drift away from animal testing, it is not even the most beneficial nor efficient option! Another mind-blowing quote from this article reads, “Examples of animal tests include forcing mice and rats to inhale toxic fumes, force-feeding dogs pesticides, and dripping corrosive chemicals into rabbits’ sensitive eyes. Even if a product harms animals, it can still be marketed to consumers.” That means that you could be using a product right now that harmed or even killed an animal. Not enough people are aware or educated on animal testing and the companies don’t make the information very accessible either. This information needs to be exposed.

According to Cruelty Free Kitty some of the big companies that are still testing on animals include: L’Oreal, Estée Lauder, Aveeno, Bath & Body Works, Clorox, Colgate, Dior and so many more. This list goes on and on. Most of these brands I would have never guessed to be on this list. We need to help put an end to the testing and save these animals by educating ourselves and the people around us. We need to do our best to stop promoting and buying from companies that cause so much harm and pain.

Here are some more ways to help:

For more information on how to help go to https://support.peta.org/page/22115/donate/1?en_txn7=blog::mktg-seo-viv&supporter.appealCode=I20JWAXXXXA