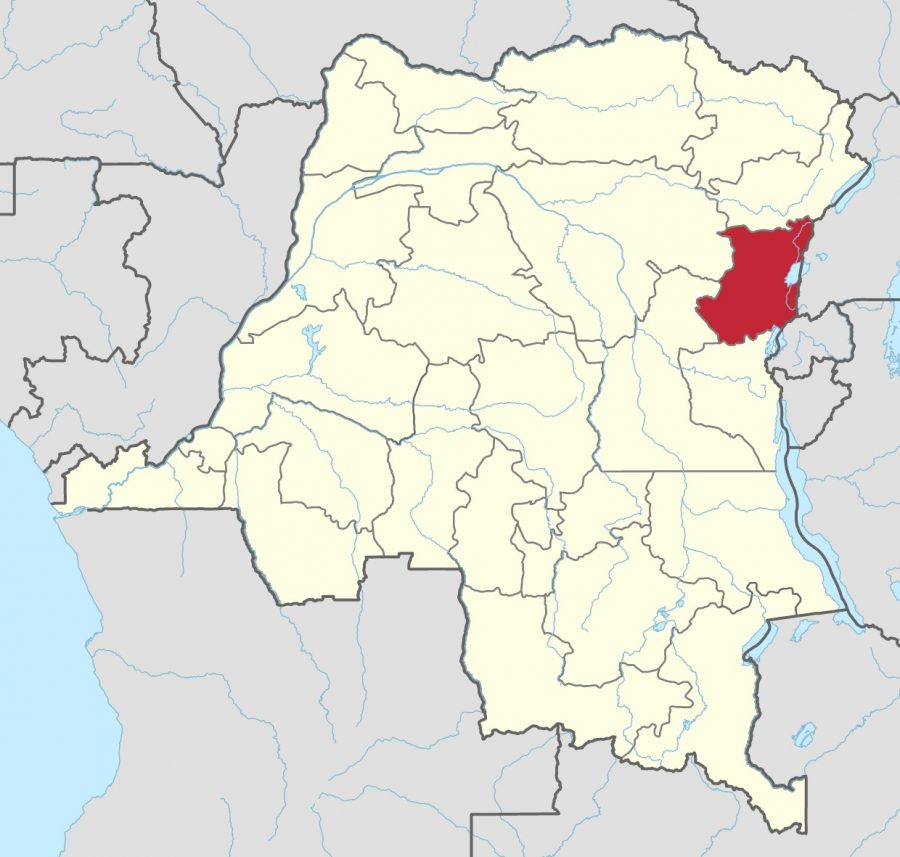 The Kivu Region of the DRC, where Attanasio was killed, has been plagued with instability

The picture is haunting. Like a Caravaggio painting come to life, it elicits a visceral reaction of horror, compassion, anger, and sadness. Amongst the backdrop of a dirt road cutting through the Eastern Congolese rainforest, a white man lays limp in the bed of a UN-style pickup truck, propped up by two men in ragtag clothes. His head tilts back, his mouth is agape, and his complexion is one of deathly pallor. The older African man holding his head looks into the camera with an expression of pleading concern, but it is already too late. Luca Attanasio, the Italian ambassador to the Democratic Republic of the Congo, is now dead.

How did this come to be? In order to understand the root of the violence in the DRC, we have to look into the complex combination of geopolitical, cultural, and historical factors that have made the eastern DRC such a volatile region. In the aftermath of the Rwandan genocide, Hutu genocidaires fled from neighboring Rwanda to the the eastern DRC (known as Zaire at the time), fearing the wrath of the new Tutsi-dominated government back home. Their presence brought on a diplomatic crisis; they terrorized the local population, raiding villages and killing Zairean Tutsis. Rwanda condemned Zaire for allowing the genocidaires to escape with impunity while Zaire accused Rwanda of trying to destabilize their country. The crisis boiled over in 1997, as Rwandan military forces invaded Zaire and commenced the start of the Congo Wars. After Rwandan forces deposed Zairean dictator Mobutu in conjunction with rebel forces of Laurent Kabila, a power vacuum emerged, with ethnic militias battling fiercely for control of the east. While the international community and the Congolese people entrusted Kabila, the new president, with the task of reconciling his country, he was not successful in consolidating power and his efforts were ultimately futile. The Congo Wars, dubbed as “Africa’s World Wars” evolved into one of the world’s deadliest conflicts, killing more than five million people and displacing over two million people. In 2004, after seven years of war, a shaky peace deal between warring groups was reached with South African mediation. However, the scars of the war still remain in eastern Congo. Mutual animosity amongst ethnic militias still lingers, and the desire for retribution is commonplace. While international peacekeeping forces have been deployed to stabilize the region, stability is far from being achieved, and the bulk of the task is relegated to NGOs and diplomats.

One of these diplomats was none other than Ambassador Attanasio. Upon joining the Italian Foreign Service at age 26 in 2003, he gained prominence as one of Italy’s youngest foreign service officers. He quickly rose the ranks, being assigned to posts in Morocco and Nigeria before being appointed ambassador to the DRC in 2017. Upon assuming his post, Attanasio was well aware of the risks of working in such a volatile region, especially as a white man. Throughout his tenure, several aid workers of European nationalities were ambushed, kidnapped, and sometimes killed; in 2018, two French aid workers working for the NGO Hydraulique Sans Frontieres (an organization seeking to expand clean water access in impoverished areas) were killed in North Kivu, and in 2020, four WHO workers on an Ebola-eradication mission were killed in an ambush. Knowing this, Attanasio traveled throughout the region in convoys, accompanied by a Carabinieri (an Italian military escort) and several locals who would act as interpreters and added security. On February 22, Attanasio departed with his escort for Rutshuru, a small town just North of Kivu’s capital Goma. As part of a World Food Program (WFP) initiative, Attanasio agreed to travel to Rutshuru to assess the progress of the program there. En route to Rutshuru, on the grounds of Virunga National Park, Attanasio’s convoy was ambushed by unidentified militants, who attempted to kidnap them. Amidst the ensuing firefight, Attanasio’s driver Moustapha Milambo, a local Congolese man, was killed, preventing any chance at a quick escape. While park rangers and Congolese soldiers quickly arrived to extract Attanasio and his convoy, the militants killed him and Vittorio Iacovacci, his Carabinieri escort, before the rangers and soldiers could arrive.

Italy and Congo. The value of Congolese lives must start with the @Presidence_RDC. He went to Rwandan Genocide Memorial and bowed. What is he going to do about the over 6 million Congolese dead since 1996?#LucaAttanasio #VittorioIacovacci #MustaphaMilambo pic.twitter.com/2WLmRbwvSy

— #CongoIsBleeding (@kambale) February 25, 2021
The World Food Programme released a statement the day of his murder, offering condolences to the families of the three men and promising their full commitment and cooperation in following investigations. The Congolese government expressed its grief at the attack and promised to launch a comprehensive investigation to deliver justice to the victims. Luigi di Maio, the head of Italy’s foreign ministry, mourned the loss of Attanasio and Iacovacci, describing them as “exemplary sons of the State” and promising to “spare no effort” to investigate their deaths. Attanasio and Iacovacci’s remains were repatriated to Italy three days later, and both were given a state funeral, attended by top religious and political officials. While it is clear that the three institutions are committed to getting to the bottom of Attanasio’s death, it may be quite some time before an investigation produces meaningful findings. First of all, no group has officially claimed responsibility for the attack. The Congolese government has pointed its finger at the Democratic Forces for the Liberation of Rwanda, a Hutu rebel group, due to their prominent presence in the region. However, a spokesperson for the group condemned the attack and also encouraged the conduction of a thorough investigation into the attack. With the identity of the attackers being so ambiguous, it will be difficult for the Congolese government to take targeted military action against the perpetrators or collect intelligence on the attack. Second of all, the Italian government is disarray. Having just recovered from a political crisis and still reeling from the effects of the pandemic, it is hard to say if Italy can prioritize an investigation and quickly deliver justice to Attanasio and Iacovacci.

While these short-term challenges hinder efforts to deliver immediate justice for Attanasio, Iacovacci, and Milambo, it is clear that a larger overall challenge prevents justice from truly and permanently delivered to the three men. If there are not comprehensive solutions to stabilize Kivu, the deaths of the three men will be in vain. Purely tactical solutions like ceasefires or political agreements will not suffice and have not sufficed if long-term stability is to be brought to Kivu. Instead, governments and institutions like the UN need to devise solutions at a community level; dialogue between ethnic militias needs to be promoted, mutual understanding of grievances needs to be achieved, and common ground needs to be found to truly bring peace to Kivu. If such peace is achieved, no diplomat or aid worker will ever have to face a situation faced by Attanasio, Iacovacci, or Milambo, and the world will finally be able to honor their deaths.