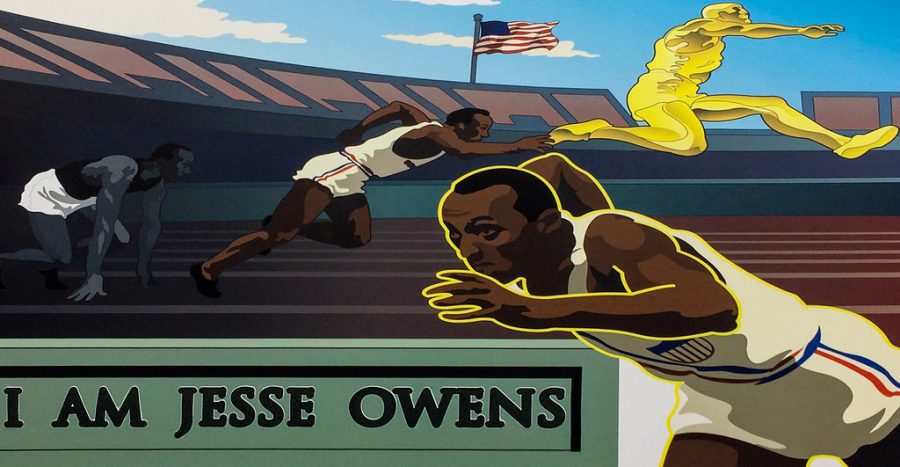 Owens won 4 gold medals at the 1936 Olympics in Berlin.

Black History Month has just wrapped up, and to celebrate it, I am going to pick three African American Athletes who changed Sports. These Black Athletes changed the way Sports are because of the things they did, and the way they played. Here are the 3 black athletes who have had the biggest impact on today’s sports.

Jackie Robinson (LA Dodgers,1947-1956): Jackie Robinson is considered to be one of the greatest African-American athletes of all time. He changed the way people viewed baseball and was the first black athlete to play in the MLB after the segregation act. He was almost hated by all the fans in the MLB at the time, and even some teams would play dirty against Robinson. But he never cared and never fought back, he just let his play on the field show the haters. In 1947 he won the Rookie of the Year award and in 1949 he won the MVP award and was the first to ever do it of his kind. He was a six-time all-star and was inducted into the hall of fame in 1962. Robinson didn’t just stop there he was also a big part of the Civil Rights movement in the 1950s-1960s. He also helped many in his community who were in need of proper shelter and food. Jackie Robinson brought change to the baseball world and still inspires many people today.

Jesse Owens (Track): Jesse Owens is considered one of the greatest track and field athletes of all time without a doubt. He was a track star from Ohio State who won 8 national titles from 1935-1936. He also went to the 1936 Olympic Games in Berlin. There he won four gold medals in the 100-meter and 200-meter sprints, the 4×100 meter relay, and the long jump. He battled much racism but overcame it with many historic performances. President Dwight D. Eisenhower named Owens the “Ambassador of Sports” in 1955. Due to his many accomplishments, Ohio State dedicated its track and field facility to Jesse Owens.

Bill Russell (Boston Celtics, 1956-1969): The NBA legend in Bill Russell is one of the greatest basketball players of all time. He changed the NBA, especially in Boston, a highly racist city at the time. He was just different than many other players. He attended San Francisco University and there he led them to two NCAA championships from 1955-1956. He was the first black athlete in the NBA, and with his rare defensive ability at the time, he dominated many other players at the time as well. He won five MVP awards, was a 12-time all-star, and won 11 rings in his 13 years in the NBA. He was also very influential off the court as well by being involved in the Civil Rights movement at the time. Due to his dedication on and off the court, he was awarded the Presidential Medal of Freedom in 2011 by President Barack Obama.