JV Soccer Comes to a Close 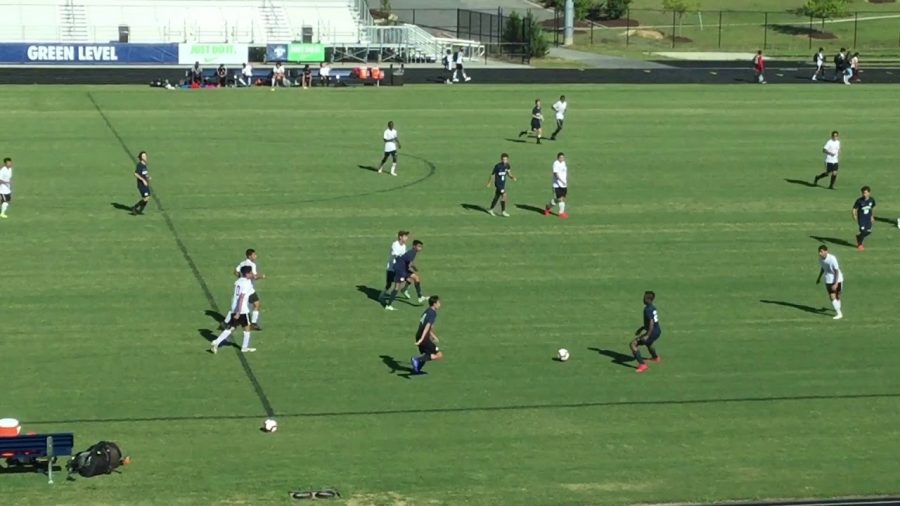 The JV soccer team playing in a match. Via: Corine Geist YouTube

The last game for our JV men’s soccer was played this past Tuesday which brought an end to an incredible season. The team only suffered one loss in a 1-0 game. With the exception of that game the team won or tied the rest of our games. Unfortunately, due to Covid-19, we were not able to play our normal schedule of 24 games, we played a mere 6. But we did well and everyone is looking forward to the seasons to come.

Last season our team struggled greatly because we had to have a JV and varsity team with only Freshman and Sophomores at the school. This led to a rough season for our teams last year. But this year we stepped it up. With multiple wins and ties, and only one loss from the entire season we made major improvements. Next year we will continue to improve because we will, for the first time, have a full school with all four classes. This means that our sports teams will be bigger, faster, better, and stronger.

The last game of our season was the best game we had played all season. With a big 3-1 win, we moved the ball extremely well, played solid defense, and got into the other team’s head. This game showed how much of a formidable team we would have been if we had been able to play our full 22-24 game season. With only playing 6 games our team was finally starting to play well together and really as a team.

With both of these factors our team next year will be even better than this year. We continue to be better and better. With more size, skill, speed, and new talent coming to Green Level we will be a team you do not want to mess with. Not to mention the many more practices and games that we will have together which will take the team to another level at Green Level.