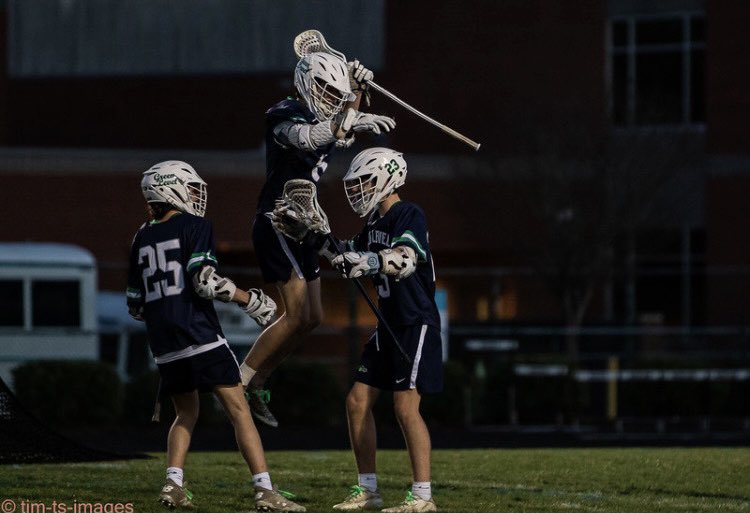 Green Level went 9-3 on the season.

For the first time in Green Level history, the men’s lacrosse team has made it to the playoffs. This is only their second season as a program, and their first full season, with just freshmen, sophomores, and juniors.

On Monday night the Gators played Ardrey Kell under the lights in Charlotte. Unfortunately, the Gator’s first playoff game was a loss but there were many positives. It was a very hard fought game from both teams. The Gators started out strong, holding Ardrey Kell to only 3 goals in the first quarter while scoring 2 of their own. After the first quarter, the game did not go in the Gator’s favor. Ardrey Kell scored goal after goal after goal, having 19 goals at the end of the game. The Gators managed to get only seven goals by the end of the game.

Even though the Gator’s season may not have ended the way that they had hoped, they still had a great one, going 9-3. For a team that has only been together for a year, they play like they’ve known each other their whole lives. Whether it’s making the extra pass and letting a teammate have the goal, or recognizing that they’re going to dodge and going to set a pic for them, everyone on the team is a team player.

Two freshmen, Jackson Spells and Austin Hyrn, had outstanding seasons and led the team in goals scored. They each had 22 goals, not to mention Jackson’s 16 assists and Austin’s 7 assists.

Junior goalie, Skyler Stein, had an amazing season as well. He had 153 saves and had an incredible save percentage of 65%. Skyler was the team captain for this year and he is a leader on and off the field. Whether it is telling the team to keep their heads up after a tough loss or keeping the team on track at practice, Skyler is a great teammate and everyone on the team respects him.

The Gators had an amazing season and everyone is looking forward to watching them in the years to come. Go Gators!