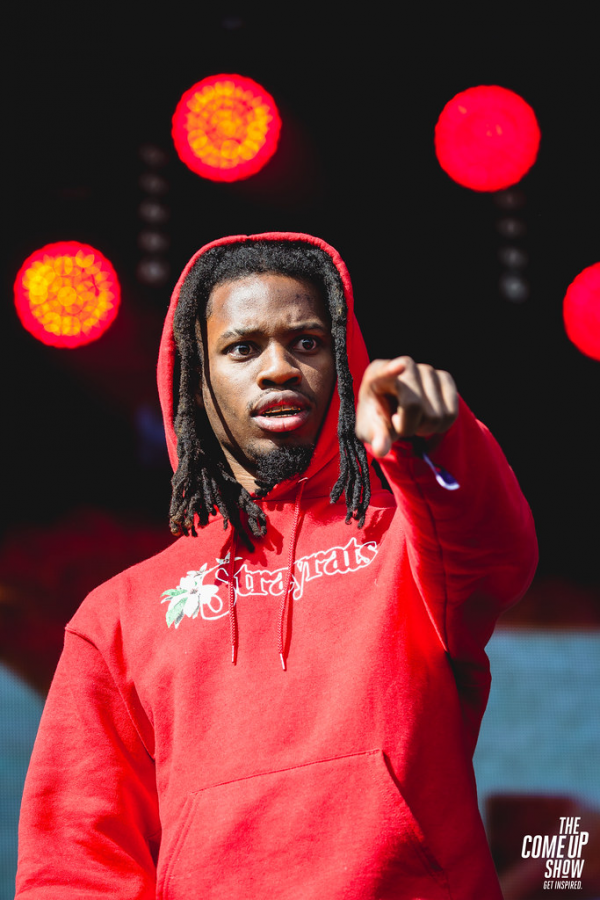 If you’re a long time reader of my reviews, it’s no secret that Denzel Curry is one of my favorite rappers of all time. He shows so much versatility throughout all of his projects and his energy is unmatched. Since his viral hit, “Ultimate” in 2015, Denzel has been dropping classic after classic collaborating with artists such as Glass Animals, IDK, ZillaKami, and many more. Many artists look to him for his high energy and metal sound, but as seen with his most recent collaborative project UNLOCKED with producer Kenny Beats, Denzel is capable of far more. Kenny’s production combined with Denzel’s delivery made a vintage sounding record with smooth wordplay and cadence. The two have since revisited the project with their latest iteration, UNLOCKED 1.5. As fitting with the name, this isn’t a completely new project, rather and alteration with new, alternative producers and features.

“So.Incredible.pkg (Robert Glasper Version)” Not the strongest start for this mixtape. The original version of this song was much better for a few reasons. For one, Kenny’s beat just mixed far better with Curry’s rapping. Secondly, the featured artist Smino has a very situational voice that sometimes can be too squeaky for a song. This is one of those times where I feel like he took away from the song.

“Track07 (Georgia Anne Muldrow Version)” Honestly, I don’t think that it makes sense for me to compare this to the original version. It is more focused around Georgia’s vocals and barely includes Denzel at all. That being said, I personally didn’t like it, I felt like it sounded slightly clunky thus it didn’t appeal to me.

“’Cosmic’.m4a (The Alchemist Version)” Alchemist had an incredible producing classics including grammy nominated Fettuccine so there is no question about his talent. While I know he is very proficient, this sci-fi esque sound didn’t mesh well at all with Denzel nor feature artist Joey Bada**.

“Take_it_Back_v2 (Charlie Heat Version)” This was the first song that sounded like a beat that Denzel would normally rap on. However, I still preferred the original version. I’m beginning to suspect that it may be placebo, because I heard the other versions first, I prefer those ones. While that may be true, I still feel that the original version is better. This song’s beat was a bit too low on the bass for me, but it definitely picked up tempo on the back end.

“Pyro (Sango Leak)” This sound is far from Denzel’s normal but yet it sounded very good. I like the higher pitched beat mixed with the kick drums. It gave the sound a bit of a JPEGMAFIA sound. Kenny Mason also came in with an incredibly strong feature which bolstered the song in general.

“Lay_Up.m4a (Jay Versace Version)” I did not like this version. It almost feels even worse considering that I liked the original version so much. Jay Versace made this sound like a bad horror movie soundtrack with his eerie beat as opposed to the retro feel Kenny had given it the first time around.

“DIET_1.5” This was great! The only change of this track from the original was the feature of Benny The Butcher and he added a ton. He gave it a faster cadence and mixed well with the production from Kenny.

“Take_it_Back_v2 (GODMODE 950 Version)” I’m not sure if this was supposed to be a mind trip experience but it felt like that was the goal. I don’t really know when I would listen to this trippy version of Take it Back but at least it had a great drum solo.

In conclusion, I didn’t really like the remakes. Again, maybe it was placebo from me hearing the original version first but I just thought that Kenny and Denzel worked really well together so there was no reason for new producers. The only redeeming factors were the features and Curry himself. The original version was an 8/10 but this is a 5/10.