Gator of the Week: Winta Abraham 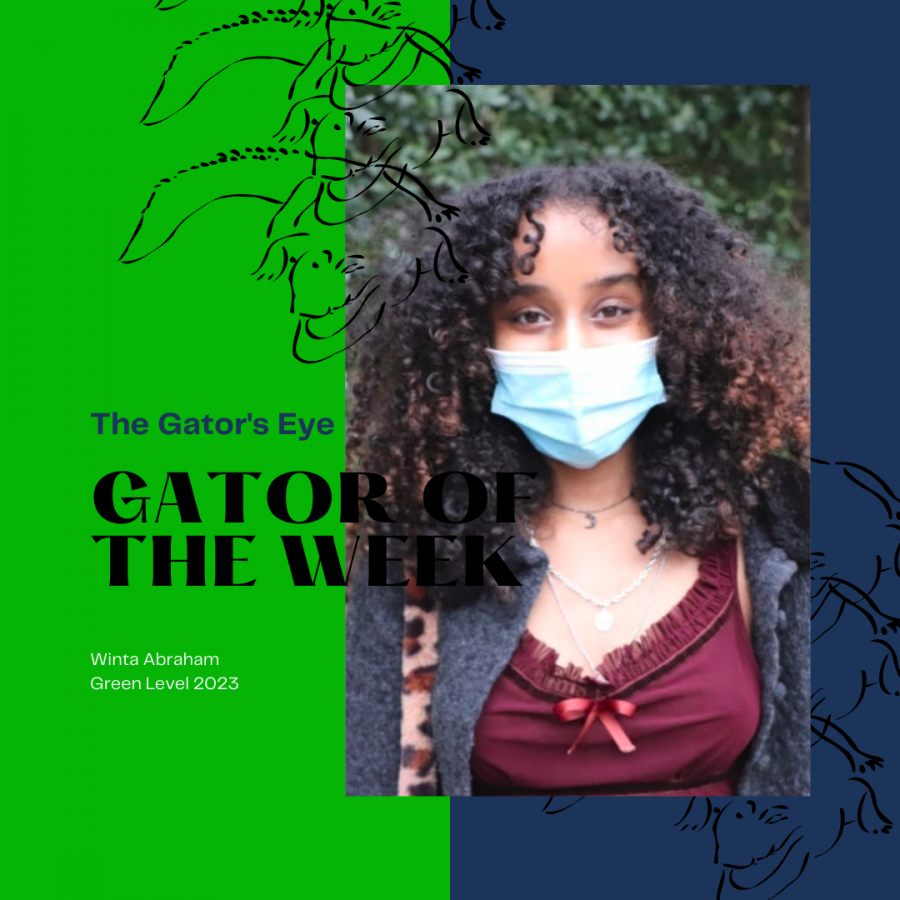 "The world remains silent while thousands of black men, women, and children are left to die."

Gator of the Week, Winta Abraham, says the silence over the outrages taking place in Africa fills her with, “absolute disturbance.”

Abraham, sophomore at Green Level, wants to use her platform to bring matters to light; she does so at Green Level by participating in the Black Student Union, “My main focus is to bring awareness to black issues while also advocating for African-American students’ academic, cultural, and social needs at Green Level.”

Currently, she is raising awareness on the ethnic cleansing in the Tigray region of northern Ethiopia. She says the atrocities and war crimes have been covered up by mass media blackouts, “Aid agencies have reported the mass killings of the Tigrayan people and the immense damage to the homes, communities, businesses, and hospitals. Humanitarian officials have stated that the incline in death is due to the mass starvation and lack of medical supplies in the area because of the Ethiopian government’s restrictions. Thousands of women and children have been raped and killed due to the militias in this conflict, and the bodies of family members are rotting on the streets of these villages, and the communities are left traumatized.”

Abraham says that the lack of conversation about this issue makes it seem, “Like black lives don’t matter outside of the U.S,” and that, “the world remains silent while thousands of black men, women, and children are left to die in these horrific conditions. The silence from the world provides cover for this genocide.”

“Unfortunately, I have missing/and or dead family members due to this genocide, and I fear there will be more,” Abraham adds.