What is Teens Helping Teens? 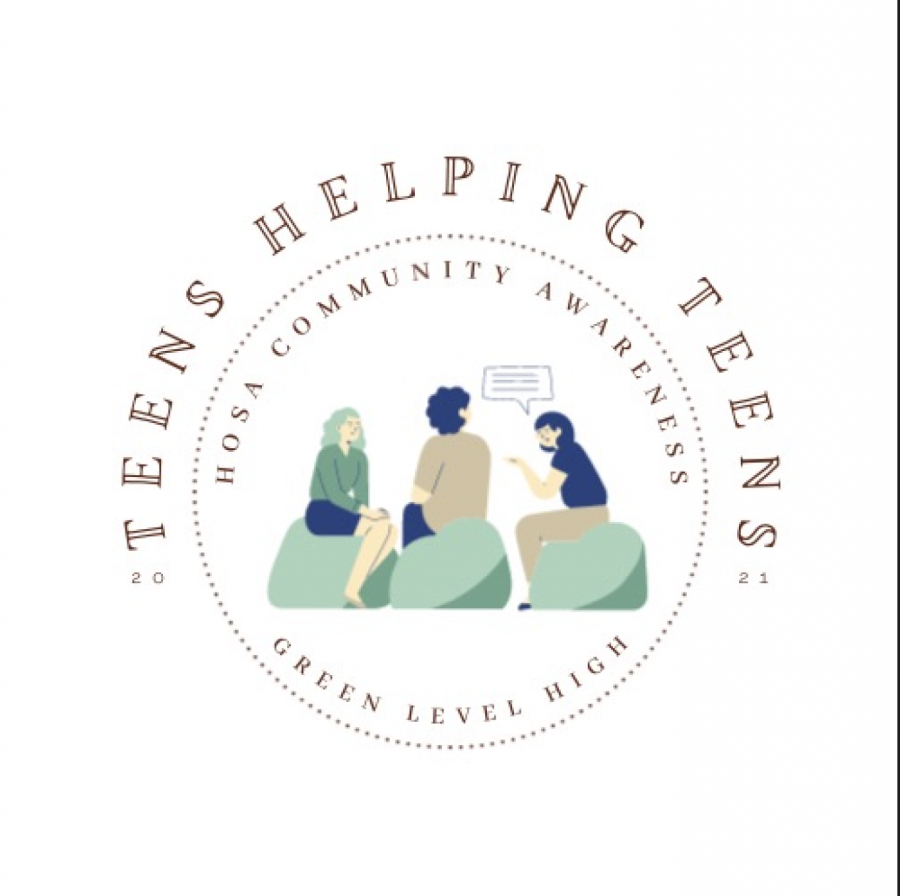 As some of you may have seen, there is an Instagram account called @teenshelpingteens_hosa that has popped up recently. You may have visited the page and looked through some of the sage green infographics. After looking at the account you may be wondering, what is Teens Helping Teens? Today, one of the founders, Maren Molinaro will tell us more about Teens Helping Teens and their goals!

“Teens Helping Teens is a project where we help fellow students learn how to cope with mental illnesses and diseases, and teach students how to help their friends safely in different situations.” Maren explained. Maren along with her partner Raghav Yelamanchili, created Teens Helping Teens for the HOSA State Leadership Competition. The process of starting Teens Helping Teens hasn’t been easy for them, first they had to decide on the type of project they wanted to do. Once they decided that they wanted to do community service, they looked for other group mates but they couldn’t find anyone. Although that could have been a challenge Maren said “It ended up working well!” After deciding that the group would be just the two of them, Maren and Raghav had to think about what topics they could base their project on. “We didn’t want to do something that was kind of generic, we wanted to do something that was much less talked about” Maren described “We talked about mental health just as students and then we were like “Oh my God, we should do it on mental health!” They then came up with the name “Teens Helping Teens” and built a mission statement and goal list. “We wanted to make it because we know teens feel scared to talk to adults and parents. They are more open with their friends about such matters.” Maren explained that the overall goal of Teens Helping Teens is to create a safe space for teens to discuss mental health, and then provide them with the tools to talk to adults.

Once they presented it to their HOSA chapter, they decided that they wanted to make it even bigger. They reached out to Student Services where Mr. McAuliffe and Ms. Simpson agreed to be advisors for this project. Mr. McAuliffe and Ms. Simpson helped with Teens Helping Teens a lot. They have helped Maren and Raghav stay within school rules, and gave them suggestions on how to continue with the project. Together, they have created an Instagram page where they post infographics and resources, put flyers around the school, in teacher’s Google Classrooms, and a local Chiropractic office. The icing on the cake for them was hosting a virtual mental health discussion during lunch. “We were so happy that we were able to do that and it was really important because one of the main things we wanted to do was just talk to students.” During the lunch they discussed various topics such as different common mental health issues amongst teens, how students deal with mental health topics, and some teachers and counselors were there to provide an adult’s point of view. “We were very excited that we had a lot of people come and it was very fun for us. We were just very happy.” Through Teens Helping Teens, Maren and Raghav have started a discussion about mental health in our school, helped with breaking the stigma surrounding mental health, helped students learn more about mental health and different resources available, and established the fact within our community that mental health jokes are not okay.

“The exciting thing is since we worked with Student Services throughout the project, we are able to continue Teens Helping Teens at Green Level.” Maren explained future plans for the organization “We decided to continue it as an awareness organization where we actually plan on having an adult roundtable where we can talk to adults about [mental health] and how they can help teenagers.” In addition to the adult roundtables, they plan on hosting student roundtables where they can spread awareness about mental health.

Teens Helping Teens was created for the HOSA SLC. Last Friday, Maren and Raghav submitted a portfolio, a 5 minute long video and an essay. They will be judged on how creative their project was, how much they impacted their community and if their project will have a lasting impact. They will find out how they did on April 10th, and whether or not they will compete in the International Leadership Conference. We wish Maren and Raghav good luck for their competition, and congratulate them on all they have accomplished through Teens Helping Teens so far!