Call it a Hate Crime 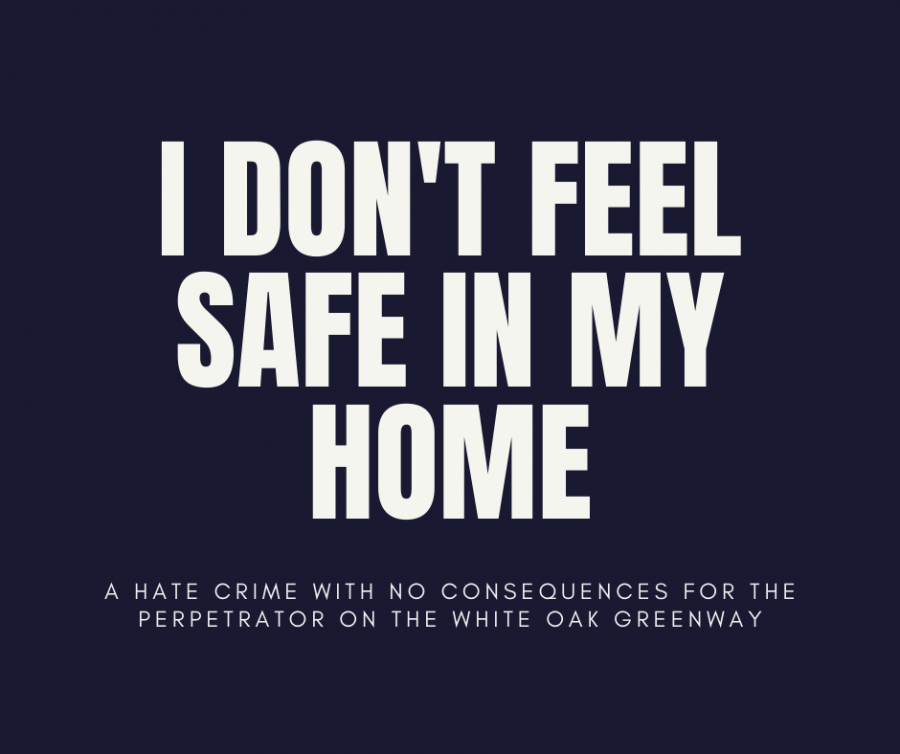 The Cary Police Department fails to protect me and my community.

On Wednesday, March 24th, a Chinese and Iranian man were verbally and physically assaulted on the White Oak Creek Greenway in what they reported as racially-motivated attacks. The perpetrator threw punches, a water bottle, spit, and also yelled for these victims to, “go back,” while the victims were peacefully walking on a trail, one speaking on the phone in his native language, Farsi. There were others on the trail, yet, the victims, “appeared to be the only ones this jogger cared about.” And only two days later, the Cary police decided race and ethnicity were not factors in the crime and have let the attacker go without any charges, declaring he was in a, “mental health crisis.”

“This attack shouldn’t be dismissed as a ‘mental health issue’, because as someone who suffers from mental health problems, I’ve never found myself harassing BIPOC or making people feel unsafe in our community,” Green Level Junior Sapna Kamath explains personally as an Indian American. In other words, being racist is not a mental health problem, and we are tired of hearing that rhetoric. Frustrated and disappointed by the cruel excuse that, “He had a bad day.”

The White Oak Creek Greenway is just outside of Green Level, and for many Green Level students, staff, and community members, it used to be a safe place. But now my friends of color are messaging one another with fear of leaving our houses, walking our dogs, or riding our bikes. Kamath recounts her shock when first reading the news, “I used to be under the impression that racism in the form of harassment was not as prevalent in place like White Oak, but I was so startled when I saw this happen right in our community.” Another student, Megan Liu is an Asian American freshman who says, “I run on a trail everyday, and that specific trail (White Oak Creek) happens to be 10 minutes away from me. Now when I run, I must constantly be on the lookout for another danger because it could happen to my trail as well.”

There is a much larger crisis within this story as Kamath says, “We need police reform, and we also need reform in educating the youth about mental illnesses,” but for the communities of color in Cary, we need to feel safe in our homes right now. If the Cary Police Department really wants to ensure that Cary “remains one of the nation’s safest cities,” and prove that they value trust and ethical behavior, they must let us know racist attacks are condemned and will not go without consequences. Is that not simple enough?

Sign this petition if you believe this attack should be recognized as a hate crime: http://chng.it/pNVdsQDws6