Evolution of the VFX Industry 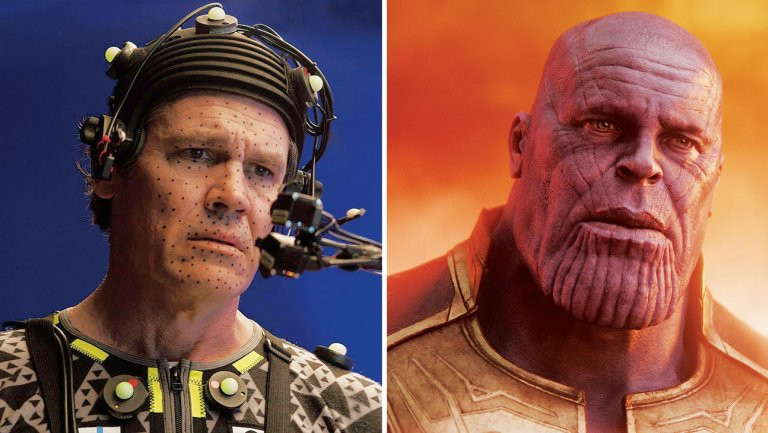 The industry of visual effects, or as it is more commonly abbreviated, VFX, has been skyrocketing in both popularity and complexity in recent times as films (specifically big, blockbuster movies) have been dramatically improving in production quality. The rapid progression of hardware and software in the past decade(s) has yielded better Computer-Generated Imagery (CGI), more impressive motion graphics, as well as more flexibility in general during the stage of post-production. From basic stop-motion photography in King Kong (1933) to multi-million dollar virtual environments in Avengers: Endgame (2019), this article will break down the fascinating progression of VFX in filmmaking.

Though simple visual effects have existed in film approximately since the early 1900s, it was really the mid 1900s when more modern VFX became a possibility. Up until that point, most post-production enhancements that qualified as visual effects consisted mainly of stop-motion drawings, or the incorporation of animation into live-action footage as seen in King Kong (1933). The 1960s saw the birth of fake blood and more advanced interaction between animation and live-action elements as well as 2001: A Space Odyssey (1968), which pushed 60s technology to the limit. This film pioneered techniques we still use today in film such as isolation of moving objects (rotoscoping), miniatures, and more advanced animation. Another enormous stride into modern-day VFX was Star Wars (1977). The methods used in Star Wars were so advanced for the times that the creator, George Lucas, had to create his own visual effects company, Industrial Light & Magic. This incredibly successful studio is one of the most advanced and well-known VFX companies today, having worked on a vast number of blockbuster movies such as Jurassic Park (1993), the Indiana Jones franchise, and the Harry Potter franchise. Star Wars (1977) incorporated brand new film techniques such as a variety of scaled miniatures for the ships, much more advanced stop-motion animation, and a greater understanding of the behavior of light for lightsabers and blaster bolts.

The founding of Industrial Light & Magic paved the way for an incredible ramp of progression in world of visual and special effects throughout the 1980s and 1990s with films such as Raiders of the Lost Ark (1981), E.T. the Extra-Terrestrial (1982), and Jurassic Park (1993). During the rise of ILM’s visual effects, The Last Starfighter (1984) made a milestone – 3D models. Before this film, elements such as spaceships in Star Wars would be made in multiple scales in miniatures (smaller representations in the form of physical models). Now, movies could incorporate computer-generated models into their films depending on the environment, complexity of the model, and vision of the director. 3D models would forever transform VFX as they would continue to be improved throughout the next couple decades through software advancements as well as a greater understanding of materials and physics (Jurassic Park was an incredible advancement in this field).

In relation to the same topic, the greater field of CG (first introduced in the 80s) was steadily improving until the mid 1990s. Enter Toy Story (1995). Toy Story was the first movie in cinema history to be a full feature film made entirely on a computer. Animated movies had been made before (pioneered by Snow White and the Seven Dwarves), but those films had to be drawn by hand, frame by frame, in only two dimensions. Pixar Animation Studios had introduced unlimited possibilities to the big screen and went on to improve in their Computer-Generated Imagery with each new film they produced, and are still creating incredible films to this day.

As CGI became more commonly used and understood to make fully animated movies, the same techniques and skills were being applied to visual effects and motion graphics. This allowed directors to begin to rely more heavily on the post production stage then they had before, giving them more creative liberty as well as more leeway during filming. This paved the way for a decade-defining advancement in the era of early 2000s film – motion capture. Simply put, motion capture is the process of recording the movement of objects or people. This data can then be transferred over to a 3D model to create a fully CG character that was more grounded in reality via realistic movement. The modern application of motion capture entered the world with The Lord of the Rings movie trilogy – a franchise that truly revolutionized visual effects. Not only did Weta Digital (the VFX studio which worked on the trilogy) popularize motion capture through the creation of the creature Gollum, but it also made major advancements in the production of detailed miniatures, development of crowd-simulating software, and progression of fluid and particle physics simulations. Throughout the next couple decades (up until modern day), the technique of motion capture would be improved and expanded into performance capture (a technique that not only captures movement, but also facial expressions via muscle groups). Industrial Light & Magic’s Pirates of the Caribbean: Dead Man’s Chest (2006) was a huge factor in this progression with the character creation of Davy Jones, as well as Avatar (2009), Dawn of the Planet of the Apes (2014), and The Hobbit Trilogy. Motion and performance capture is still extremely popular in VFX today, having been used to create the character of Thanos in Avengers: Infinity War and Avengers: Endgame (2019).

Virtually anything is possible with modern VFX, a fact that was proven with the sheer amount of money, time, and effects created in Avengers: Endgame (there’s a reason it was the most expensive film of all time.) New VFX techniques and workflows are constantly being improved and fluctuated in the field of filmmaking, and will undoubtedly continue to become more efficient and breathtaking on the big screen.