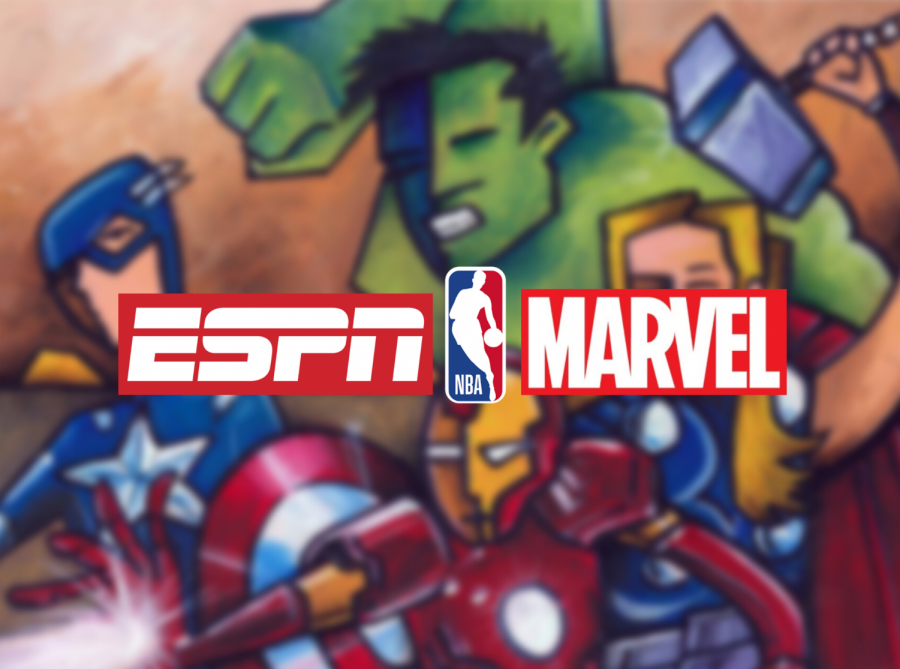 Nope, you didn’t read that wrong. Two hubs of the Disney company, ESPN and Marvel, will be hosting an Avengers-themed NBA Game on May 3rd, 2021 for the regular season contest between the Golden State Warriors and New Orleans Pelicans.

The game, being held in New Orleans, LA, will also be anchored at the ESPN studio in Bristol, CT. The segment will be called ‘Marvel’s Arena of Heroes’, and will display a story featuring some of Marvel’s biggest superheroes, such as Iron Man, Captain America, and Captain Marvel, to name a few, in an action packed graphic presentation. “We’re eager for fans to experience this unique, innovative presentation that will pair Marvel and ESPN’s exceptional storytelling and production,” Matt Kenny, ESPN’s vice president of programming, said.

The idea is to give a different view of the NBA game through a unique story, intriguing graphics, and special animation.  Vice President of Marvel Marketing, Mike Pasciullo, said to Variety “The new ‘Marvel’s Arena of Heroes’ telecast will be the first of its kind to bring Marvel’s storytelling directly to the real-time experience of a NBA game, and we are excited for fans to be able to watch their favorite players through the lens of Marvel’s mightiest heroes.”

ESPN’s collaboration with Marvel is the latest of attempts from the television industry to attract new audiences through different formats featuring popular characters. A similar idea was aired earlier this year for the NFL’s wildcard round, where CBS had a Nickelodeon themed broadcast aimed at luring kids and their parents to watch the game. It featured lots of slime graphics, and appearances from many Nick characters. The game received relatively positive reviews, from young people to adults alike, so there’s no surprise why ESPN decided to give this a shot of their own. As the TV industry has been seeing a recent surge of attraction to other streaming services, this serves as a way to draw back in the bigger amounts of spectators.

David Denenburg, the NBA’s senior vice president, commented, “This fun and innovative game presentation builds upon our goal of providing personalized and compelling viewing options for our fans.”

The Golden State Warriors and New Orleans Pelicans will face off in this Avengers-themed matchup at 7:30ET on ESPN2, giving an option for viewers to watch a regular broadcast on ESPN if they wish to do so.