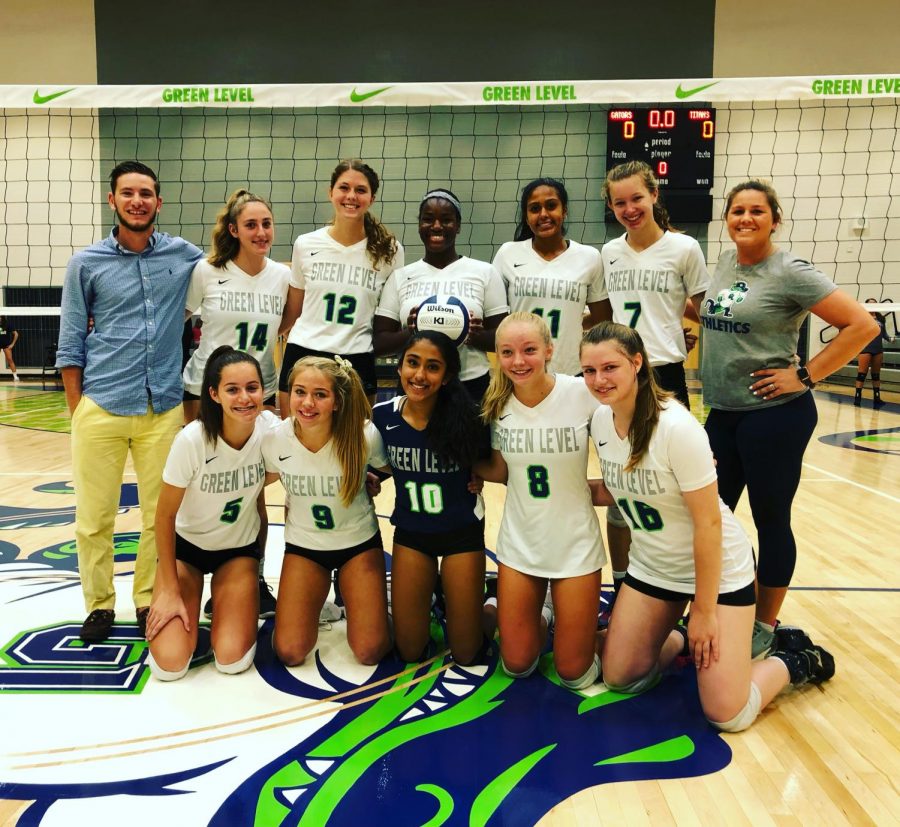 For the Green Level Varsity Volleyball Team … the second time is the charm.

On Wednesday, August 21st the Green Level Varsity Volleyball Team, coached by Alston Godbold, defeated South Garner 3-0 (25-2, 25-6, 25-13) at The Swamp. The victory represents the first win in program history for the volleyball team. The Gators, led by a contingent of freshman and sophomores, defeated another newcomer to the Wake County Public School System, South Garner, who opened their doors in 2018.

The Gators dominated play throughout the night, easily winning the first two sets in impressive fashion. The Titans showed signs of life in the third set before being overcome by the youthful Gator squad.

The volleyball teams return to action on Monday, August 26th at 5:00pm and 6:00pm (JV & Varsity) when they will host Garner High School here at The Swamp. The JV and Varsity Men’s Soccer team and the Cross Country Team will also be in action on the 26th. For complete game schedules visit www.greenlevelathletics.com.