Gator of the Week: Medha Nair 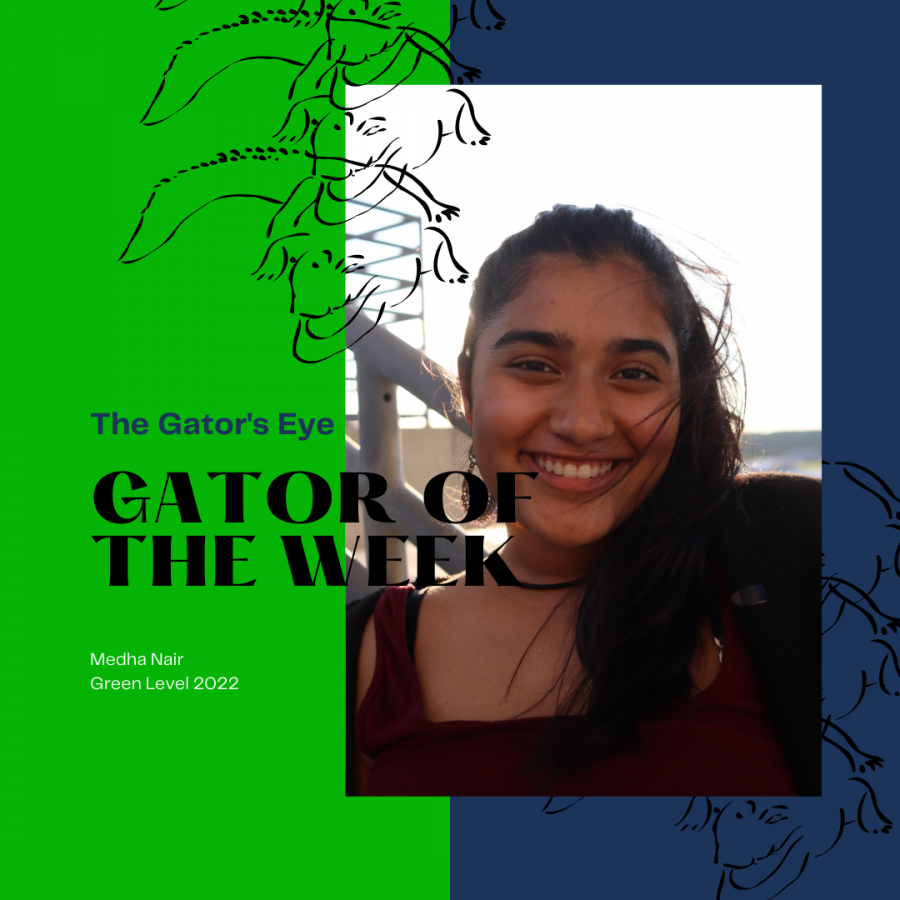 Courtesy of M. Nair / Graphic made by A. Guo

Medha Nair is a junior at Green Level High School and this week's featured Gator!

As a junior at Green Level, Medha Nair has a career interest in environmental law, “it’s definitely something I care a lot about,” further explaining what she would do in that path, “regulating companies that don’t produce the amount of waste that they are producing. It’s more all of the big companies that produce like 70% of the world’s global emissions, so my focus would be on bringing awareness to that issue.”

Her interest in protecting the environment has also shown throughout her academic, extracurricular careers, and hobbies as well.

As President of Green Level Speech and Debate Club, Nair plans meetings where they discuss hot topics like automatic voter registration, DNA ethics, and the climate crisis. She also noted, “We take new members every single meeting,” so if you are interested in joining, it is never too late, and you can sign up for the club on AllTimely.

She also discusses her fascination with AP Environmental Science, “I like learning about the content like superfund sites. I don’t enjoy learning about all the bad stuff, but it’s pretty important,” and the class’s teacher, Mrs. Little, “[She] is the sweetest person. When I was in tutoring club last year, we would just talk with each other and honestly and genuinely she is the sweetest person I’ve ever met.”

Nair makes direct impacts with the environment outside of school as well, explaining her love for gardening, “I just planted all the seeds for the summer and fall’s harvest seasons.”

Nair also reminisces about a past French class, “I especially like my teacher Ms. Gloria Amerson, you can put that on the record,” with a smile she says, “She’s probably one of the funnest teachers I’ve had here.”

Though Nair loves AP Environmental Science, she describes her two-sided relationship with virtual academy, “On one hand it is easier in a way for some of my classes, at least personally,” noting how in-person school days can last much longer. “Then there is also the other hand where I have friends and I miss them. I miss doing simple things like eating lunch with them in the cafeteria.” Nair says she is probably going back in-person next year and has already gotten her second dose of the Covid-19 vaccine.

Nominate who you think should be the next Gator of the Week here: https://forms.gle/fP6ViLaKdP5Y2EWK7