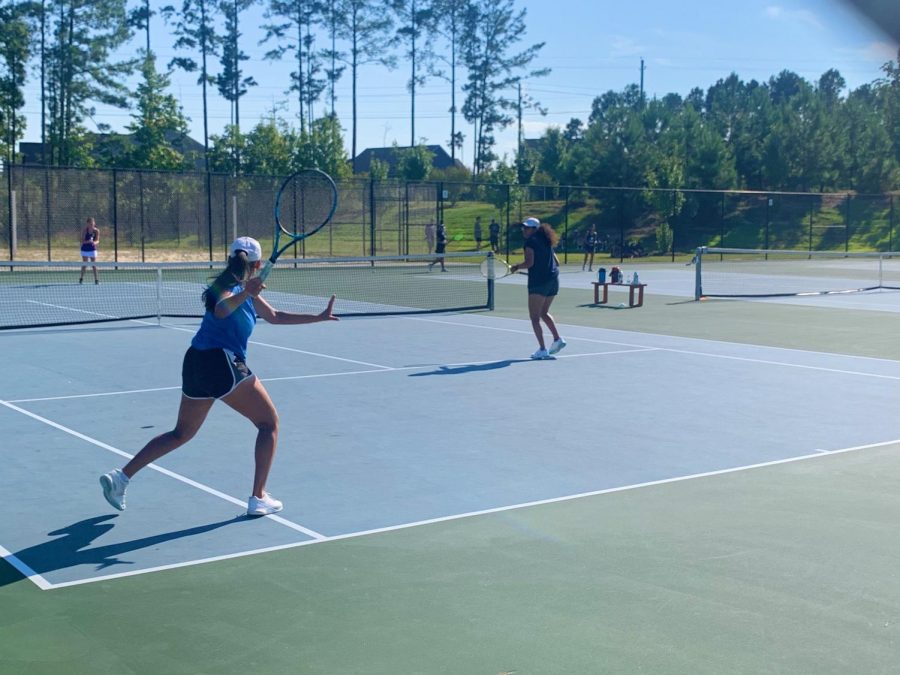 Tuesday afternoon the Women’s Tennis team took on Holly Springs High School for their sixth match this season. They have had an amazing start to their season, continuing their streak of being undefeated after taking down Holly Springs.

Tuesday’s match was a hot one, but these gators came in ready to compete. Doubles started off strong winning two out of three matches, which gave us momentum going into singles. That momentum would be used to win all six single matches, beating Holly Springs eight to one.

With such an amazing start to their season, I knew I had to talk to some of the players. Tanvi Sapre had a great match yesterday with her doubles partner Aarna Prashanth. I asked Sapre her opinion on how the season is going so far and what they were looking to accomplish this season. She said “The season is going very well so far and we’ve remained undefeated which I’m very happy about!” She continued on to say “Even if we have some hard games coming up, I hope that we remain undefeated for the remainder of the season.” I also spoke with another player of the team, Diya Ramchandani. I asked what she was excited about this season and she said “I’m excited about our new players and the skills they bring to our program. I’m excited for my final season and the success we can all have together. I’m excited for team bonding and senior night!”

From the looks of it, the Women’s Tennis team has big goals set for themselves this year which is already off to a great start. Come out to support them as they take on Panther Creek next Wednesday!